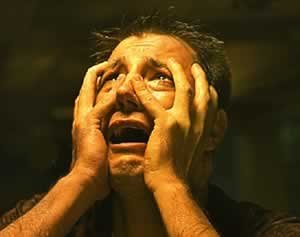 Overwhelming fear and terror may be caused by something we see, hear, smell, touch  or even taste ; and it can be an emotion that is caused by all sorts of things – nearly being involved in a car accident, seeing a poisonous spider under the toilet seat, bungee jumping, sky diving, being fired from a rocket as the human cannon ball, finding a slug in your lettuce and realising there may have been others, being attacked by a spitting Cobra, coming face to face with a crocodile in your swimming pool, meeting an Inland Revenue official [sorry, a joke], watching a horror movie, going on a big dipper, or in my case going on the Runaway train [for children over the age of 5 it said] at Alton Towers.  As you can see I have the disposition of a child under 5.

Fear acts in two ways. At times it paralyzes and makes motionless; at other times it excites and gives extraordinary strength. One person overcome by it remains fastened to the spot, pale and inert; his legs give way, and all his forces fail him. Another person scampers away like a rabbit. Fear gives him wings, and he abandons his unhappy companion, who is not able to move, while he has already put himself out of danger.

At the same time special physical phenomena are manifested, which can not be described better than in the language of the poets and the common people. The hair stands out on the head; the body is seized with trembling and with a general shiver, and the teeth chatter so that they can be heard. The hands shake so that they cannot grasp anything; the legs give way; a profuse, cold, clammy perspiration covers the body; the skin feels shivering, and the hair-bulbs over it swell up and harden. A convulsive thrill, with a feeling of cold, runs down the body, from the nape to the toe, coursing along the back at intervals like a cold electric wave. The face grows pale, and the heart beats violently, as if it would burst out of the chest; or else, perhaps, it almost stops, producing a feeling of indescribable distress.

The pupils dilate, the eyes open wide, and the features assume a repulsive aspect, which has been well represented by the great painters. The voice sticks in the throat, and the victim of the emotion is speechless. These are the manifestations of fear in one of its highest forms. They are less evident in moderate fear, according as it is moderate; while the most intense degree of emotion produces syncope, or arrest of the movements of the heart.

The syncope is rarely prolonged till death ensues; but well-authenticated cases are on record in which death has resulted immediately, while simple syncope is quite frequent. Most of the physical effects of fear, in fact, the pale face, the general weakness and paralysis, the buzzing in the ears, and the vertigos, are symptoms of syncope; and when they accompany sudden fright they are probably less due directly to the fright itself than to the arrest of the movements of the heart which it provokes. This profound emotion of fear, with its accompaniment of violent external phenomena, is fatal and involuntary, and is a reflex action, provoked by an irresistible force, independent of ourselves. 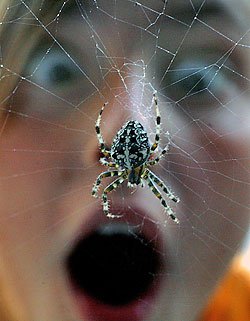 Physically , any truly dangerous and terrifying event will affect our nervous system.  As the event unfolds, the sympathetic nervous system kicks in in order to ‘save us’ from the calamity that awaits.  This is the flight or fight response system.  Our heart rate will increase, our pupils dilate, we will get a dry mouth, adrenaline will start to pump, our stomach and bladder will be inhibited.  We will be all alert, ready for the outcome and ready to act.

But at a certain moment when the Reasoning system indicates that no solution can be found and the situation is truly out of our control, the parasympathetic nervous system kicks in.  We unconsciously relax, the heart rate goes down, the pupils constrict, the bronchi in the lungs are constricted, we salivate more and because the muscles controlling our bladder and intestines relax, we may suddenly want to wee or poo.  This is why people who are absolutely terrified pee and poo!

At this stage, odd though it may seem the nervous system generates a feeling of total relaxation and by doing this, we have opened the door to the Composer.  The relief acts in much the same way as the Relaxation techniques deliberately used in deep meditation.

At this point, the body may also release Endorphins because it anticipates pain, it is attempting to provide relief and sedation prior to the event it anticipates.  Endorphins (or endogenous morphine) are the body's natural pain-killers - they provide feelings of well-being, joy and release a "high".

So absolute terror produces a spiritual experience by stilling the Reasoning system, but we may also get a flood of euphoria or pleasure along with the experience. 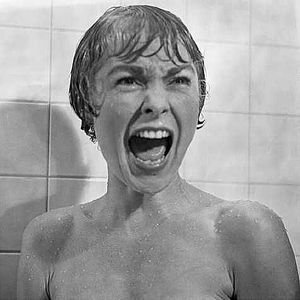 If we now look at this from a logical point of view, what we see is that the Will is being assaulted by a Threat of extraordinary proportions.

The 5 senses along possibly with the other senses are telling it that it is in danger, that the threat is both real and enormous.  Thus the Will is being told  DO SOMETHING.  But it can do very little.  It searches Memory for a learnt function to deal with it and finds nothing and the threat is there now, it has no time to learn.  If you cannot avoid the threat – so you are bungee jumping or sky diving or free falling or on a scary ride, the messages get louder and louder – THREAT ,THREAT ,THREAT – we are about to die captain we don’t want to go with you, your little cells and organs want to live.

There is little input from the Reasoning function – after all what can it do?  And the intensity of the messages being sent it from Perceptions is overwhelming – DO SOMETHING, DO SOMETHING!!!  As we have seen the Will tends to tell the nervous system to switch to parasympathetic mode, but there comes a point where the Will gives up, exhausted, and lets the Composer take over.  The ego has been squashed. 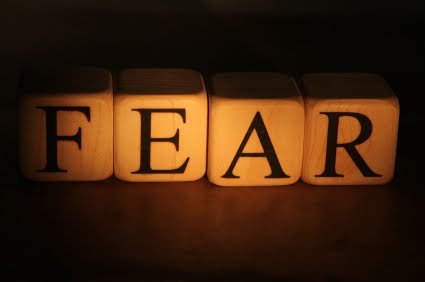