W.Y. Evans-Wentz - The Fairy-Faith in Celtic Countries - Cave of Trophonius 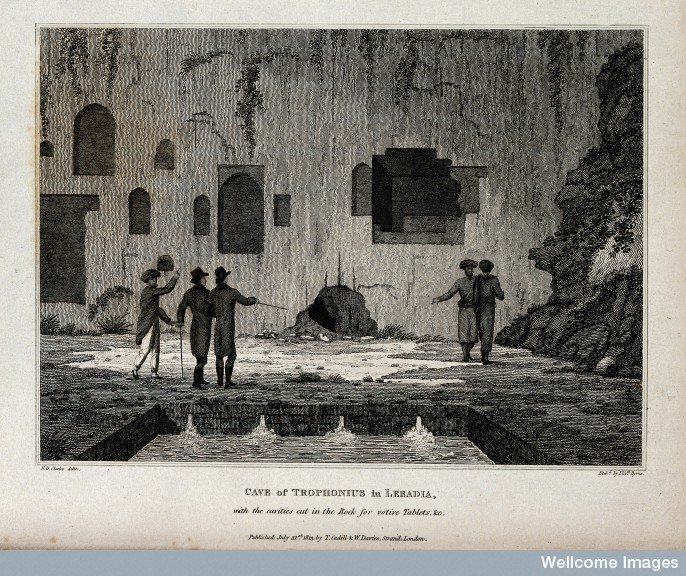 As has already been stated, the original Purgatory was in a cave; pilgrims, after having fasted and performed the necessary preparatory penances, were required to pass the night there. Among the Greeks, neophytes seeking initiation, after similar preparation, entered the cave-shrine recently discovered at Eleusis, the site of the Great Mysteries, and therein, in the sanctum sanctorum, entered into communion with the god and goddess of the lower world.

In the state cult at Acharaca, Greece, there was another cavern-temple in which initiations were conducted. The oracle of Zeus Trophonius was situated in a subterranean chamber, into which, after various preparatory rites, including the invocation of Agamedes, neophytes descended to receive in a very mysterious manner the divine revelations which were afterwards interpreted for them. So awe-inspiring were the descent into the cave and the sights therein seen that it was popularly believed that no one who visited the cave ever smiled again; and persons of grave and serious aspect were proverbially said to have been in the cave of Trophonius. 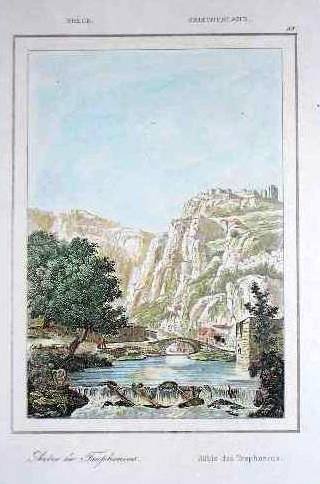