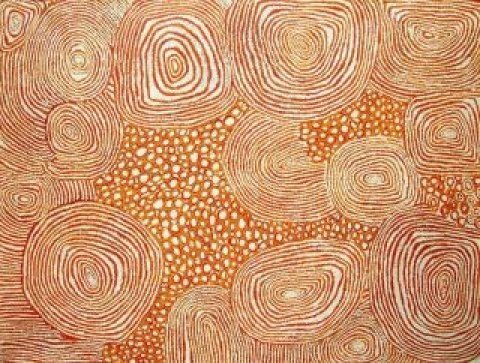 I have mentioned in chapter 3 the fear that caused some postulants in the Wailwan (Weilwan) tribe, to whom I spoke in 1944, to flee from the ritual of making. Thirty years later I came across an unpublished manuscript prepared by R. H. Mathews early this century on medicine men among the Wailwan and other tribes of northwestern New South Wales.

It shows that the experience of being made a medicine man in a particular region varied little from generation to generation. In this epitomized account

1. The postulant, tired out by a long day's hunting, was settled down at night by a grave; small fires were lit around him, on which green leaves smeared with goanna fat were thrown; this added to the awesomeness of his situation because burning fat on any ordinary occasion, especially at night, was forbidden.

2. An old man warned him that spirits, whom he "heard" nearby, would put a white stone into his body through the back of his neck or the top of his shoulder.

3. Next morning the young fellow reported to the "old" doctors what he was expected to see and believed he saw in his fear or dreams during the night.

4. He was then taken to an isolated place to sleep; it was haunted by spirits who, he was told, would take out his kidney-fat or perhaps the whole of his insides and give him a fresh lot.

5. After this, he received instruction in tribal mythology and ritual and was allowed to assist in the ritual and manipulative actions required in the practice of his profession.

In the meantime, the men of high degree had conferred on him a personal totem, his yerradha, which would assist him in his work, warn him of danger and protect him.

We see in this the authority of the clever men, and their use of isolation, suggestion, and fear, and the postulant's conditioning and readiness for what he should see and experience. Thus his "conversion" or transformation was effected.