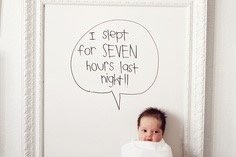 Sleep deprivation is the inability of a person to get ‘enough’ sleep; ‘enough’ being subjective in this context.

When involuntary it is usually called insomnia.  Insomnia is defined as a positive response to either of two questions: "Do you experience difficulty sleeping?" or "Do you have difficulty falling or staying asleep?"  In effect the person may have very disturbed sleep in which no real rest is being had, or he/she may simply have huge difficulties getting to sleep or staying asleep.  The key is that the type of sleep being experienced [if any] offers them no rest, they wake up as exhausted as they went to bed. 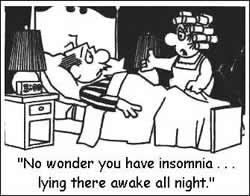 It can be caused by medical problems, pharmaceuticals, drugs such as amphetamines and  psychiatric disorders.  But, ‘Primary insomnia’ is a sleep disorder not attributable to a medical, psychiatric, or environmental cause.

Where the lack of sleep is caused by external and perhaps uncontrollable circumstances then it is usually called sleep deprivation.  And there are some who do it deliberately hoping to get themselves so befuddled they will get a spiritual experience.

Some sleep deprivation is caused by work – shift work, very long hours in which sleep is wanted but is not possible because of the work commitments.  I found examples that included factory workers, workers in service industries, hospital staff especially junior doctors, and students who are studying for exams.

Another somewhat overlooked form of overwork is the child who has spent a very long day playing and then learning new things at school.  Any child kept up late, or who is not getting enough sleep given the amount of activity he or she is undergoin,g is effectively mentally exhausted and sleep deprived.

Sleep deprivation causes spiritual experiences ranging from hallucinations to visions, even out of body experiences.  It can also cause paranoia.

There is a history of sleep deprivation being used by different schools of religious mystics. Christian monks, living in the desert during the fourth and fifth centuries, were known to deny themselves sleep. Muslim mystics in all-night devotions used to use coffee to keep themselves awake. 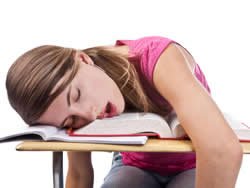 These days Methamphetamines/amphetamines or other stimulants [Red Bull for example] are often used to stay awake. Thus, for example, one may get those at a party using sensory overload techniques [loud repetitive music,], with frenetic exercise and stimulants combined with sleep deprivation in order to invoke spiritual experiences.  They don’t call it this -  they say it makes them ‘high’, but a spiritual experience is what they are seeking.

There have even been cases where sleep deprivation is used for entertainment .  The 10 contestants of Channel 4's reality TV show Shattered were deprived of sleep for a week in the hope of winning £100,000.  They suffered “Hallucinations, paranoia, and disorientation” 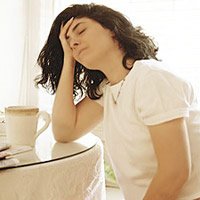 You can become hugely suggestible after undergoing sleep deprivation. There are those who have attempted to do this deliberately, asked their girlfriend to be their helper and found they had agreed to be married afterwards!– which may be good, or maybe not good….. Thus we can see that where the technique is used deliberately against you, you might agree to fight in circumstances you would never normally have considered …….. you might listen to a politician after using this technique and you might believe them ……..you get the picture.

Going without sleep is intensely stressful, with unpredictable short and long-term health effects.  A 2001 study at Chicago Medical Institute suggested that sleep deprivation may be linked to serious diseases, such as heart disease.  You can get some extremely short term negative effects such as delusions.

There are papers on Pubmed that show that you can suffer long term and permanent mental effects –  permanent loss of memory and  loss of reason. 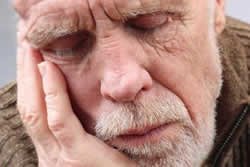 It is no accident that sleep deprivation was used by the KGB and the Japanese in PoW camps in World War Two. Andrew Hogg, of the Medical Foundation for the Care of Victims of Torture is quoted as saying that “It is such a standard form of torture that basically everybody has used it at one time or another”.  Well not everyone Andrew, because nobody I know has used it, but I know what he means  - the governments of many countries have. The nastier Governments find it useful because since it leaves no physical mark on the victim, the interrogator can claim that they never laid a finger on those in their charge. 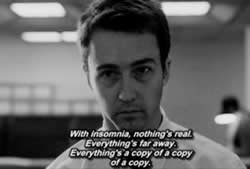 Sleep deprivation adversely affects the brain and cognitive function.  In effect, it works directly on the functions of reason , learning and memory.   The brain needs rest, if it does not get rest then these functions become overloaded from input they are no longer able to handle.

The overload of all these has a knock on effect on the Will, until it too – too tired to carry on making decisions -  gives up and the composer can take over to produce a vision or hallucination or whatever is needed at the time.

Some of the following are junior doctors in  hospital doing long, really long shifts, some are from people in the armed forces, some are athletes in long distance races, others are waitresses and shift workers– I have extracted the key bits   – I think the comments speak for themselves.  I haven’t named the forums to protect those who participated, but all are genuine ……………