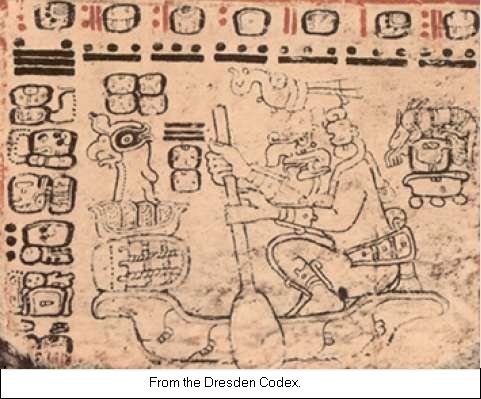 They were great lords, they were people of genius. Plumed Serpent and Noble Sweatbath were lords of genius, and Quicab and Cauizimah were lords of genius. They knew whether war would occur; everything they saw was clear to them. Whether there would be death, or whether there would be famine, or whether quarrels would occur, they knew it for certain, since there was a place to see it, there was a book.

Council Book was their name for it.

But it wasn't only in this way that they were lords. They were great in their own being and observed great fasts. As a way of cherishing their buildings and cherishing their lordship, they fasted for long periods, they did penance before their gods.

And here is their way of fasting:

For nine score days they would fast, and for nine they would do penance and burn offerings.

Thirteen score was another of their fasts, and for thirteen they would do penance and burn offerings before Tohll and their other gods. They would only eat zapotes, matasanos, jocotes; there was nothing made of corn for their meals.

This was a sign that they had the bearing of true lords. And there weren't any women with them when they slept; they kept themselves apart when they fasted. They just stayed in the houses of the gods, each day. All they did was keep the days, burn offerings, and do penance. They were there whether it was dark or dawn; they just cried their hearts and their guts out when they asked for Light and life for their vassals and their domain.