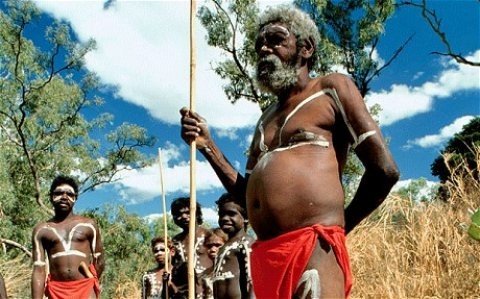 At Lagrange and in East Kimberley, this mythical snake makes the doctor, killing him being the first step in the process.

In the Northern kimberley at Forrest River,  an old doctor takes the postulant, reduced to the size of a baby,  to the sky either on a cord or on the rainbow which serves as a rope.

Reaching the sky, he throws him onto the sky-land, thus killing him. He then inserts in him maban (quartz crystals) and little rainbow snakes, which he can obtain in a waterhole at the foot of the rainbow.

Bringing the postulant back to earth, he inserts more maban into him through his navel, after which he wakes him up with a magical stone. The new doctor then learns how to use pearl-shell and other maban, and how to go to the sky and to see the spirits of the dead