Ritual and ceremony are acts of magic, and magic is used by countless systems from Egyptian to Kabbalah, from Christianity to Magic itself.

Ritual and ceremony are acts of magic because they are based on the suppression of reason and befuddling and the heightening of Emotion.

And all magic works on the emotions. So this technique is an odd combination of suppression and overload. 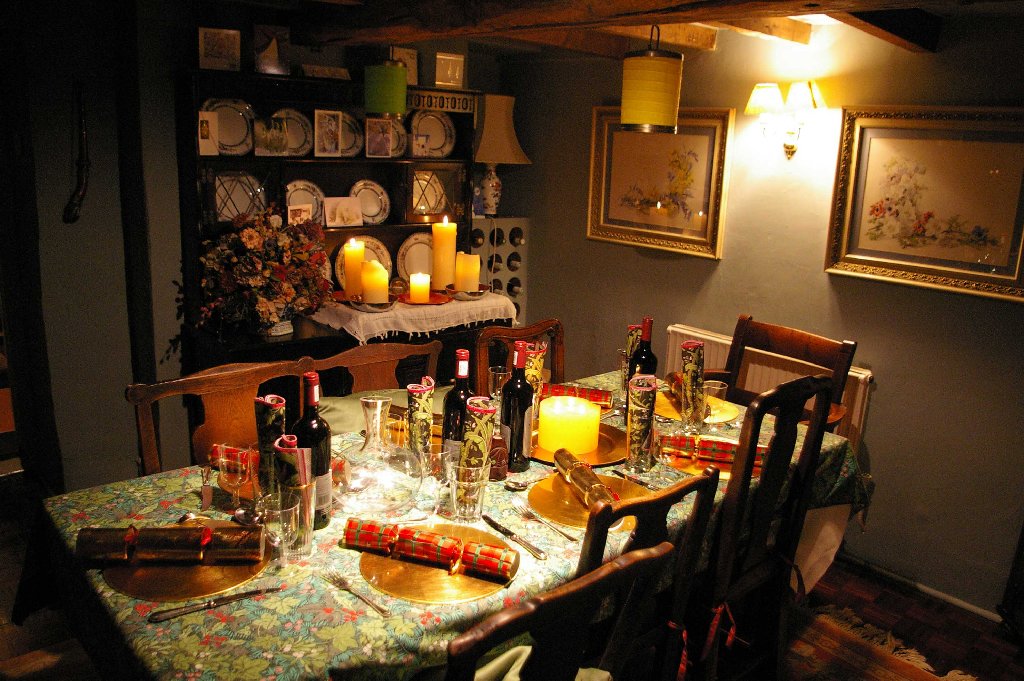 A Christmas Eve meal - an act of ritual and magic

What marks out ceremony and ritual?

The surroundings generate the Emotion, the ritual creates the trance. 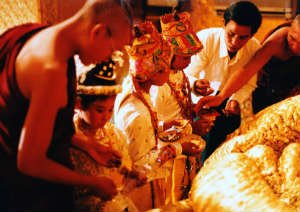 So finally we have the ceremony and ritual itself which must be long and totally incomprehensible, but capable of being followed with books, and with enough variety that the person does not fall asleep, and enough monotony that the person in effect goes into a trance. There should be a considerable amount of repetition.

When the Catholic Church changed its services to be comprehensible from Latin to English, it may have given a boost to morality, but it dealt a death blow to spirituality.

The whole point about any really good ceremony or ritual is that the person must be left with no idea whatsoever of what is going on.

The repetition, the set patterns, the ritualistic behaviour, the bowing down, the standing up, the touching of the forehead, the waving of arms, the taking of implements, the reciting of phrases, the monotonous  intonation, all of it is intended to befuddle the Reasoning system and defeat the Learning process.

A mid-day meal in a Bhutanese monastery, accompanied by an act of ritual and ceremony

Here we have an extremely good description of why it works

A symbol is a device by which a message can be carried effectively to the subconscious part of the mind. Symbols are effective because the language of the subconscious mind is composed of symbols and pictures.
The subconscious mind is primitive or childlike and the symbols used to communicate with it should be chosen accordingly. Just as children learn more quickly and easily in a relaxed atmosphere through play and games, so the childlike part of the mind thrives when appropriate methods are used to impress upon it whatever the conscious mind wishes it to understand and carry out.
Rituals with their underlying messages also impress the subconscious mind, especially if they are charged with emotion and performed in a serious manner. ….. techniques, rituals and symbols ….. are all capable of impressing positive messages on the subconscious mind in order to offset some of the negative conditioning that may have been received earlier in life.
[You]  will …. benefit to a greater degree if criticism or  evaluation are held in abeyance: the various techniques should not be dismissed as being too childish to be effective. By consciously withholding judgement, the reader's subconscious mind will be allowed an opportunity to participate and benefit from the positive conditioning presented by the symbols. Unless the subconscious mind is impressed, no changes can be made in a person's life, no matter how much he may consciously desire to change and evolve.

Excellent – in a nutshell. 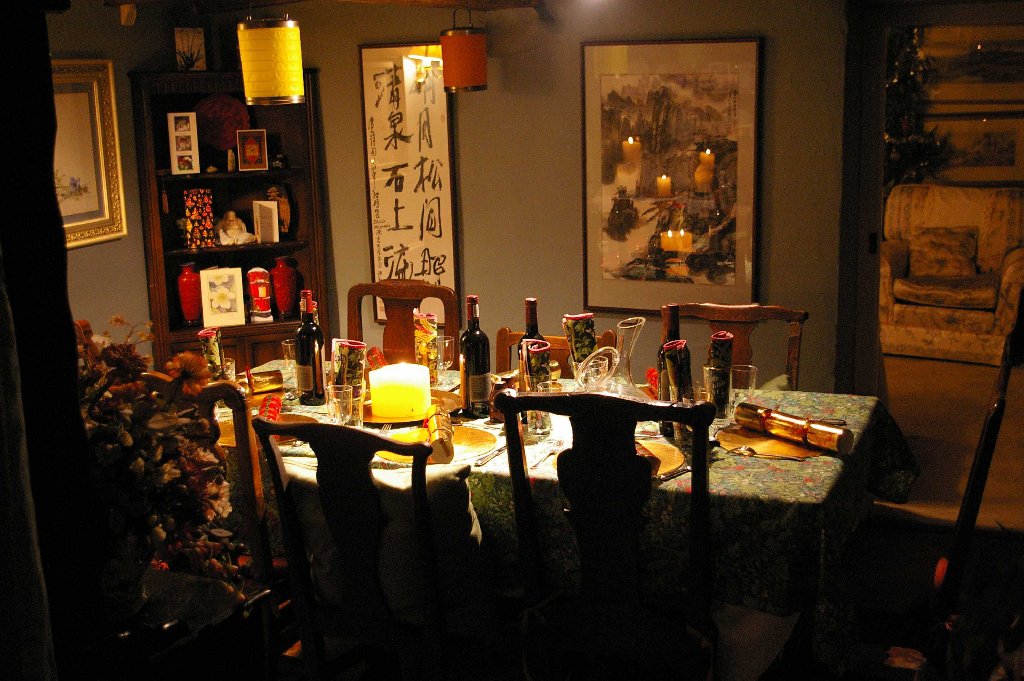 Even the preparation for the ceremony can be made into its own ritual -
the lighting of the candles, the choice of the cloth, the placement of cards
and decorations ....

You can create your own rituals or you can find one to go to.

Every really good dinner party given for celebratory purposes or festivals is an opportunity to enact ritual and ceremony .

Jean Paul Jarre concerts used to be/are full of ritual and ceremony, as were Leonard Cohen’s.

The last London Olympic games opening ceremony was a magnificent act of ritual and ceremony – again you need to be part of it.

A really good football or rugby match can send you into a trance if you are there at the stadium, the lighting is perfect, the atmosphere awe inspiring, the chanting meaningless or well known, the game so absorbing that the person has no need to reason or think or drag facts from Memory.  There will be no objectives to get in the way.  It will be just you and your Higher spirit.  That’s why people go to football games rather than watch them on TV – the effect is far more intense.

I have described these because it is probably better that you avoid religious ceremony for spiritual purposes – so called secular ceremonies contain no hidden messages and often work better.

It may be helpful here to read the generic description of How spiritual experience works.

Attend an event like this and you can do no other than get immersed in the ceremony and partake in it, and if it is really good then the person will be so familiar with the sequence or so absorbed in trying to follow that he or she will have no need to ‘think’, no Reasoning, no Learning, just total absorption.  Intellectual thinking will cease,  Memories will be obliterated, Reason will go on hold, the Will will slow right down – the Subconscious will take over and high Emotion will further work its magic and the Composer will take over.

Works, legal, free or can be

It will do you no harm, but you do have to be careful about brain washing and suggestion if you are in any group

It is especially appealing to people who love emotion, magic, beauty and artistic acts, it might not work as well for the truly egotistical

Difficult to find anything this good these days with all the right ingredients.  Circus and fairgrounds used to be good sources but even they have lost the magic.

Cirque du soleil hasn’t though, it is very magical