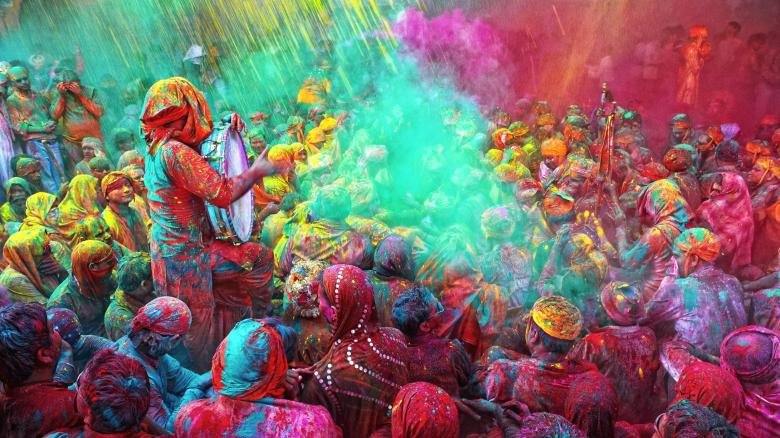 This succession of apparent death and renewal is found in all aspects of life. Shiva, like Dionysus, is the god of Nature and Vegetation. Their festivals are those of the Winter solstice and Spring.

Holi, the festival of Shiva, is the Indian carnival and Spring festival, The Great Dionysia were celebrated after the full moon in March, immediately after the Feast of the Dead, because Dionysus brings with him the Spring, and the renewal of life. Vegetation deities were supposed to spend a part of the year underground, in thekingdom of the dead, and such is the case with Dionysus and Osiris.

Shiva, too, is the lord of life and death, [creation and destruction, as well as maintenance].