There is every indication here that long barrows were an early form of ‘church’, a meeting place for ceremonies and rituals, as well as burial.  As Dr Hawkes has also intimated in aother observation, they may well also have been a place for rebirth experiences, once closed they were chambers of complete sensory deprivation.

Another region famous for its long barrows is the Cotswold country, especially to the west, where along the steep scarp fronting the Severn a number are set on jutting headlands, where they can command superbly the great spreading expanse of the valley. These Cotswold barrows are not mere earthen mounds, like the majority in Sussex and 'Wessex; the local oolitic rock was available for the building of long cairns of neatly piled slabs, held in place with drystone walling and covering elaborate burial chambers formed with huge stone blocks or 'megaliths'. There was an essential difference in the use of this chambered type of tomb. The earthen form was a communal grave, in that it contained a number of bodies all interred simultaneously, but the stone chamber was a collective tomb intended for successive burials over a long period of time.

Possibly the privilege of burial in these imposing monuments was limited to ruling families (all the skeletons in the chamber of one Wiltshire barrow showed a strong family likeness), a state of affairs that exists today, when the possession of a family vault is certainly an upper-class prerogative.

One of the best preserved and finest of these chambered long barrows is the charmingly named Hetty Pegler's Tump, near Uley, and a visit there is not soon forgotten. To enter one must stoop to pass below a massive lintel, supported on two upright blocks, into a gallery from which side cells open on either hand between towering pillars. And these few steps carry one from the familiar, brightly lit Cotswold scene into a strange cave world, with dark, shadowy entrances and a lingering ghostly presence in the air that may be felt only by the imagination but is none the less potent for that.

Indeed, he would be a stone who in such an atmosphere is not tempted to materialize before him the men who once moved about in this cave of their own making. 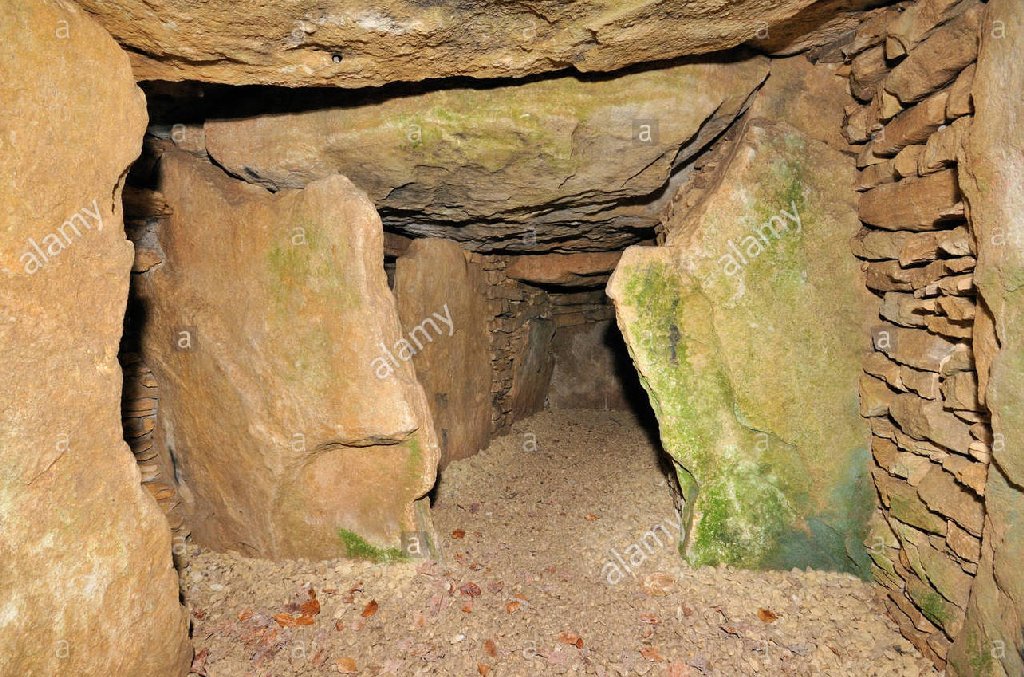 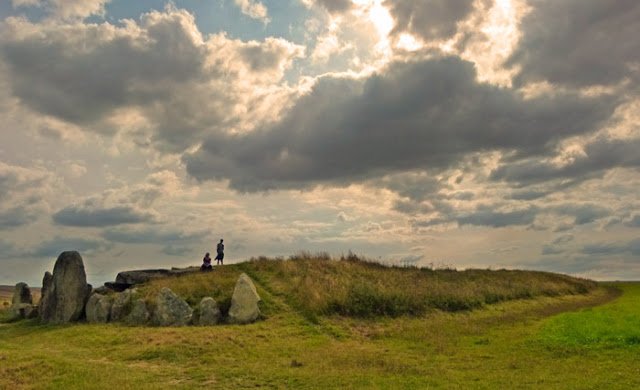