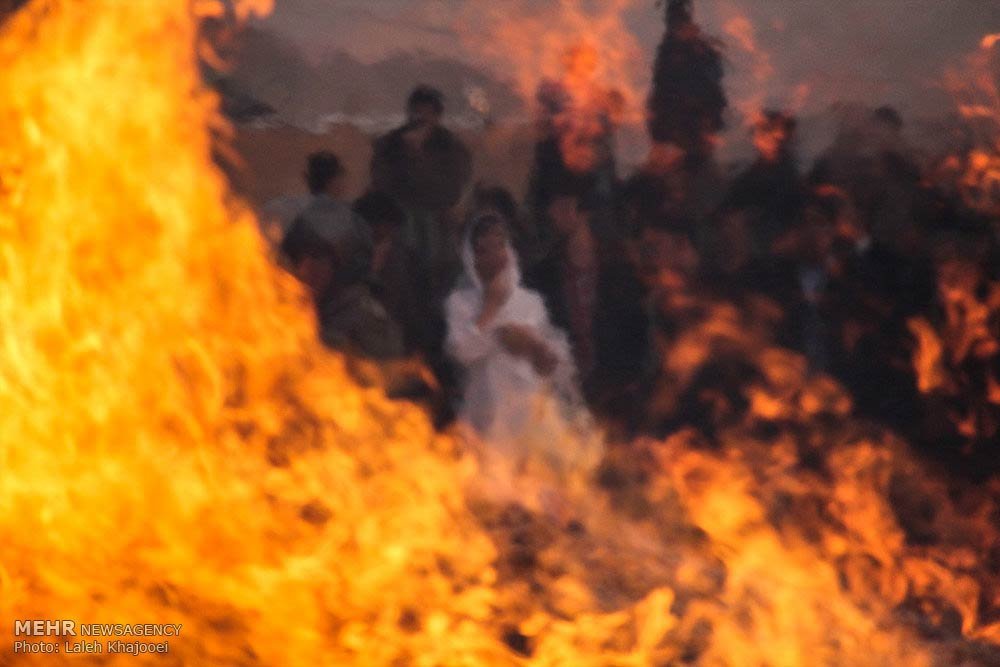 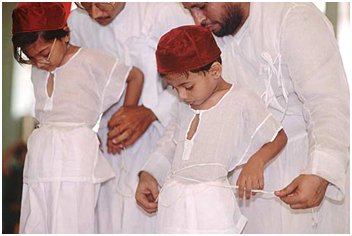 Festivals, in which worship is an essential part, are characteristic aspects of Zoroastrianism, a faith that enjoins on man the pleasant duty of being happy. The principal festivals in the Parsi year are the six seasonal festivals, Gahānbārs, and the days in memory of the dead at year’s end. Also, each day of the month and each of the 12 months of the year is dedicated to a deity. The day named after the month is the great feast day of that particular deity.

The New Year festival, Nōrūz, is the most joyous and beautiful of Zoroastrian feasts, a spring festival in honour of Rapithwin, the personification of noonday and summer. The festival to Mithra, or Mehragān, was traditionally an autumn one, as honoured as the spring feast of Nōrūz. 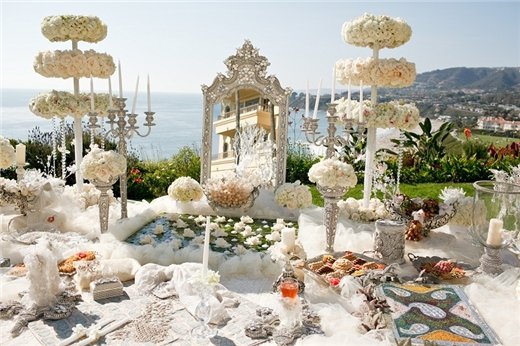 The Visperad ceremony – in medieval Zoroastrian texts referred to as the Jesht-i Visperad, that is, "Worship through praise (Yasht) of all the patrons," – developed[d] as an "extended service" for celebrating the gahambars, the high Zoroastrian festivals that celebrate six season(al) events. As seasonal ("year cycle") festivals, the gahambars are dedicated to the Amesha Spentas, the divinities that are in tradition identified with specific aspects of creation, and through whom Ahura Mazda realized ("with his thought") creation. These "bounteous immortals" (amesha spentas) are the "all patrons" – the vispe ratavo – who apportion the bounty of creation. However, the Visperad ceremony itself is dedicated to Ahura Mazda, the ratūm berezem "high Master."

The Visperad collection has no unity of its own, and is never recited separately from the Yasna. During a recital of the Visperad ceremony, the Visperad sections are not recited en bloc but are instead interleaved into the Yasna recital. The Visperad itself exalts several texts of the Yasna collection, including the Ahuna Vairya and the Airyaman ishya, the Gathas, and the Yasna Haptanghaiti (Visperad 13-16, 18-21, 23-24) Unlike in a regular Yasna recital, the Yasna Haptanghaiti is recited a second time between the 4th and 5th Gatha (the first time between the 1st and 2nd as in a standard Yasna). This second recitation is performed by the assistant priest (the raspi), and is often slower and more melodious. In contrast to barsom bundle of a regular Yasna, which has 21 rods (tae), the one used in a Visperad service has 35 rods.

The Visperad is only performed in the Havan Gah – between sunrise and noon – on the six gahambar days.

Amongst Iranian Zoroastrians, for whom the seasonal festivals have a greater significance than for their Indian co-religionists, the Visperad ceremony has undergone significant modifications in the 20th century. The ritual – which is technically an "inner" one requiring ritual purity – is instead celebrated as an "outer" ritual where ritual purity is not a requirement. Often there is only one priest instead of the two that are actually required, and the priests sit at a table with only a lamp or candle representing the fire, so avoiding accusations of "fire worship." 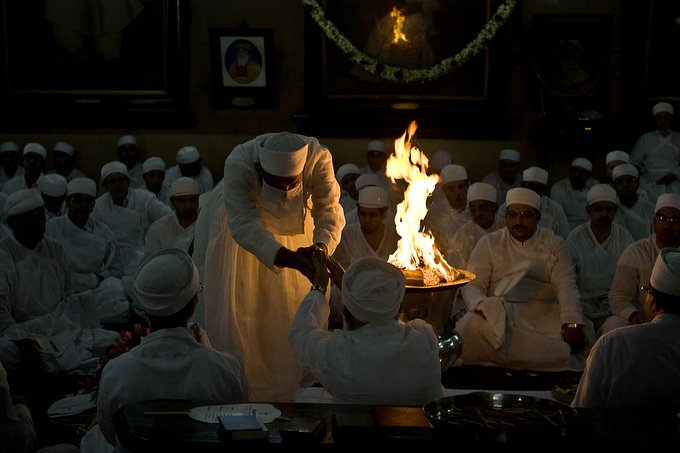 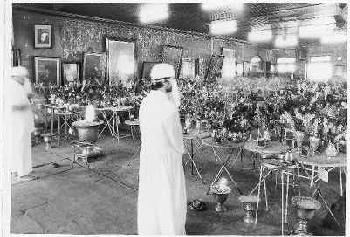 A Zoroastrian priest prays before the tables set
with muktad vases. Each vase is in memory of
a deceased member of the family