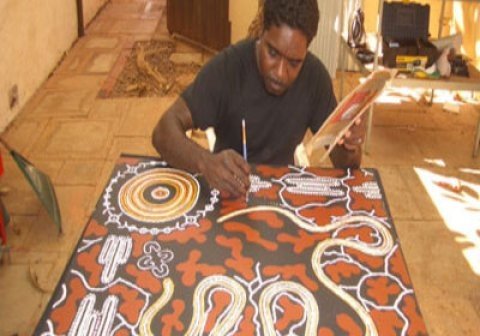 When you lie down to see the prescribed visions, and you do see them, do not be frightened, because they will be horrible. They are hard to describe, though they are in my mind and my miwi, and though I could project the experience into you after you had been well trained.

However, some of them are evil spirits, some are like snakes, some are like horses with men’s heads, and some are spirits of evil men which resemble burning fires. You see your camp burning and the flood waters rising, and thunder, lightning, and rain, the earth rocking, the hills moving, the waters whirling, and the trees which still stand, swaying about.

You may see dead Persons walking toward you, and you will hear their bones rattle. If you hear and see these things without fear, you will never be frightened of anything. These dead people will not show themselves to you again because your miwi [psychic force] is now strong. You are now powerful because you have seen these dead people.