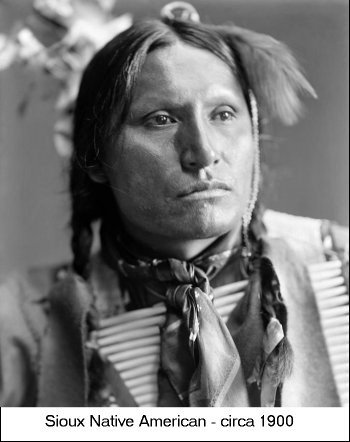 When a man, skillful in the use of the sacred stones, was called to attend a sick person he was expected to give a demonstration of his supernatural power. Many were invited to witness this exhibition and it is said that harm would come to those who did not 'believe in the sacred stones'.

The sick person filled a pipe, which he gave to the medicine man. After smoking it the man was tightly bound with thongs, even his fingers and toes being interlaced with sinews like those of which bowstrings are made, after which he was firmly tied in a hide. The tent was dark and the medicine man sang songs addressed to the sacred stones; he sang also his own dream songs. Strange sounds were heard in the darkness and objects were felt to be flying through the air. Voices of animals were speaking, one said 'My grandchild, you are very sick, but I will cure you'

Frequently a buffalo came and those who did not believe in the sacred stones were kicked by the buffalo or struck by a flying stone or bundle of clothing.

At last the medicine man called 'Hasten make a light!' Dry grass which was ready, was placed in the fire. In its light the man was seen wedged between the poles near the top of the tipi, with all the restraining cords cast from him