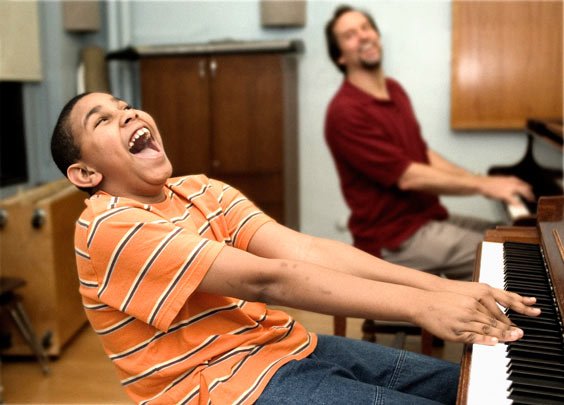 Music therapy is the use of music to help heal a person or alleviate their symptoms.

The use of music to soothe and heal goes back millennia:

Let our lord now command thy servants, which are before thee, to seek out a man, who is a cunning player on an harp: and it shall come to pass, when the evil spirit from God is upon thee, that he shall play with his hand, and thou shalt be well.


Furthermore, even in the last century it was being used and promoted, but largely ignored by mainstream medicine.  Among the early pioneers of music therapy in the USA, for example, were:

But only recently has it been made into an academic area of study.  This has its good side and bad side, the good side is that the medical profession are at last starting to use music again as a healing aid, the bad side is that some [not all and we emphasise this] have introduced unnecessary complexity into the whole process, as well as a system of qualifications that in no way matches the way that music heals, and now charge the earth for it to be administered – an inevitable result given that their intention is to make money and not help people.  But there are good healers who use music, you just have to know who they are.  As Wikipedia states: 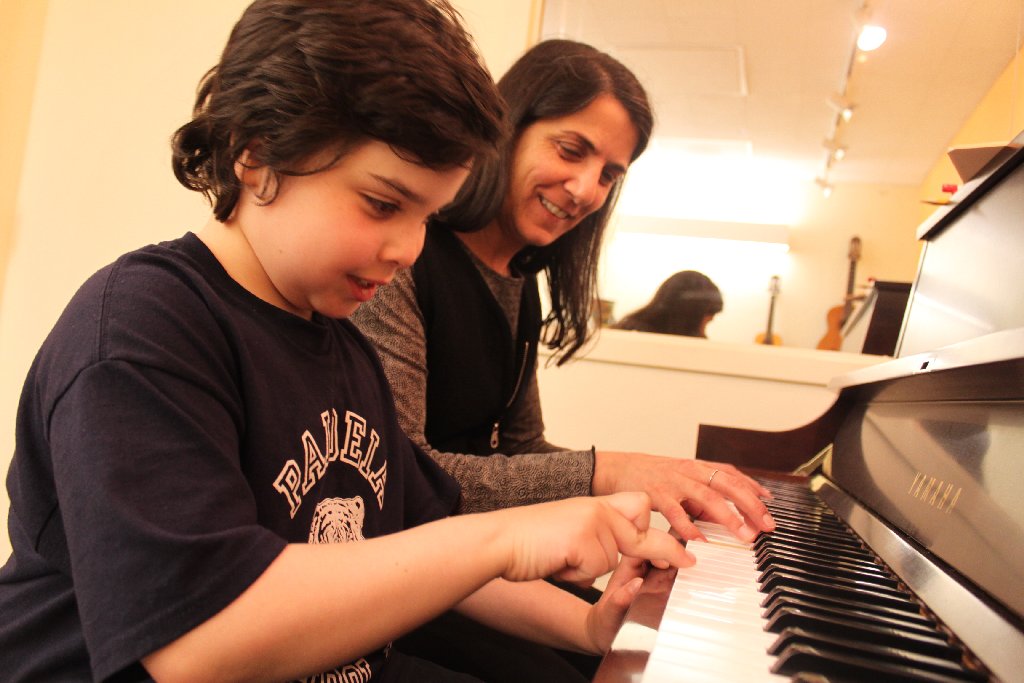 Music therapy is an allied health profession and one of the expressive therapies, consisting of a process in which a music therapist uses music and all of its facets—physical, emotional, mental, social, aesthetic, and spiritual—to help clients improve their physical and mental health. Music therapists primarily help clients improve their health in several domains, such as cognitive functioning, motor skills, emotional development, social skills, and quality of life, by using music experiences such as free improvisation, singing, and listening to, discussing, and moving to music to achieve treatment goals. It has a wide qualitative and quantitative research literature base and incorporates clinical therapy, psychotherapy, biomusicology, musical acoustics, music theory, psychoacoustics, embodied music cognition, aesthetics of music, sensory integration, and comparative musicology. Referrals to music therapy services may be made by other health care professionals such as physicians, psychologists, physical therapists, and occupational therapists [sic]. 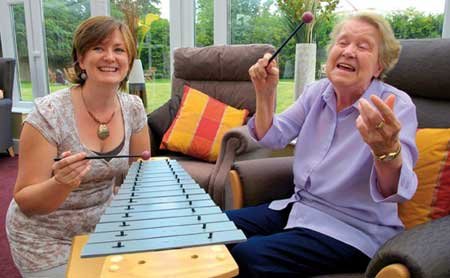 But, a lifeline in all this sea of people - Wikipedia also says “Clients can also choose to pursue music therapy services without a referral” and without all these unnecessary people.  The one area where music therapists are a great boon is where the people themselves are brain damaged.  Here, however, one might be better helped by a caring and empathetic musician than a tone deaf therapist.

Music therapy has been used successfully with the elderly, rhythmic entrainment for physical rehabilitation in stroke victims, cancer centres and palliative care centres, schools, alcohol and drug recovery programs, psychiatric hospitals, and ‘correctional facilities’.  We have provide as many examples as we can and will add to them in due course. 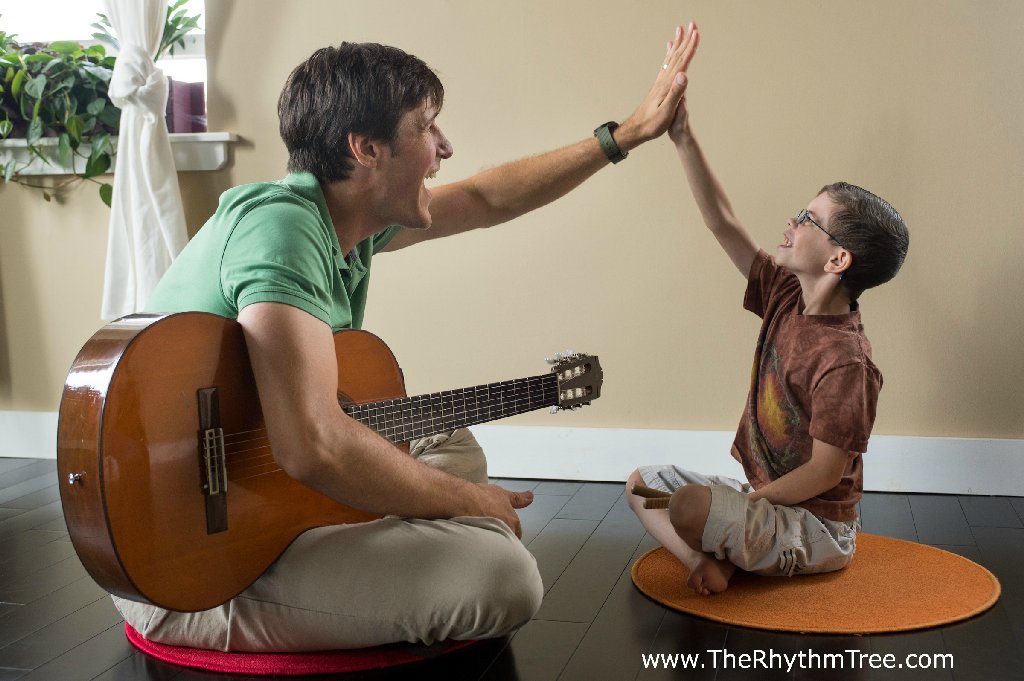 In some cases, musicians deliberately create the highest possible emotional impact by carefully manipulating all of the factors just listed. A key example of this is in music therapy, which is used to support a wide range of adults and children who have a variety of healthcare needs. The success of music therapy further demonstrates how music can be used both to express and to arouse a wide range of emotions, and also to lead to substantial improvements in mental and physical health. There is perhaps no better rebuttal of Dr Steven Pinker's claim that music is biologically useless than the achievements of music therapy.

Music therapy as an explicit set of practices first developed in the West during the twentieth century - especially during the First world war, when doctors and nurses witnessed the effect that music had on the psychological, physiological, cognitive and emotional states of the wounded. The first major academic study of music's medicinal properties was published in 1948, partly as a response to the continued use of music therapy in military hospitals and in factories during the Second world war. 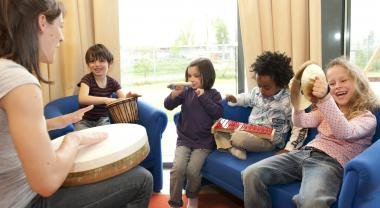 Music therapy is now widely used for those with mental and/or physical disabilities or illnesses. …..[There are] some striking examples of how music therapy has enabled those suffering from brain degeneration to regain physical movement....

In other applications, music therapy is used to stimulate rather than to sedate the participants - to enhance self-esteem or to facilitate personal relationships. It is increasingly used with those suffering from mental disorders such as autism, obsessive compulsive disorder and attention-deficit disorder.

In these cases it has been shown to foster cooperation, promote body awareness and self-awareness, facilitate self-expression, and reinforce or structure learning. But perhaps the most valuable aspect of music therapy is that it can be a self-help system - one does not need a therapist at all, just a piano to play, a bath to sing in, or a collection of CDs with which to manipulate one's own mood. Overall, Susan Mandel [a music therapist at the Lake Hospital in Ohio ] appears to be quite right to argue that 'music is a potent force for wellness and sound health'.

Evans-Pritchard's classic 1937 account of Azande magic was one of the first to describe witch doctors' seances during which divinatory medicines made of magical trees and herbs were activated by drumming, singing and dancing. In the 1990s, three important anthropological studies were published concerning the use of music for healing by traditional societies in the Malaysian rainforest and in central and southern Africa.

Neither would Mandel's statement be news to historians, as music therapy has in fact been used since antiquity. Peregrin Horden in 2000 edited a fascinating collection of essays that describe the use of music and medicine in the classical, medieval, Renaissance and early modern periods of Europe, as well as in Jewish, Muslim and Indian traditions. Another important collection appeared in the same year, edited by Penelope Gouk and entitled Music Healing in Cultural Contexts.

Jimmy Andrew, 83, a resident at The Village at Wentworth Heights, listens to music on his iPod with recreation therapist, Kristel Balthuis. She uses music to help treat and bring joy to elderly patients who experience dementia or have withdrawn socially 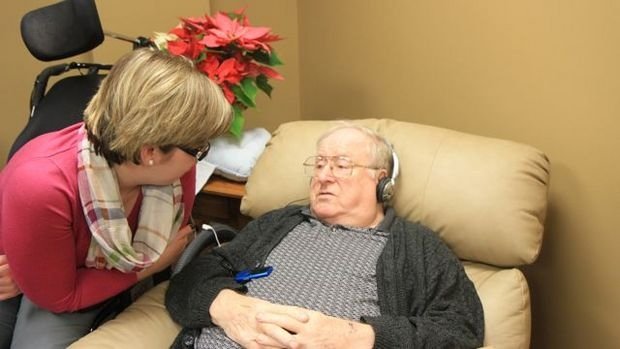 Marsilio Ficino – Three books on life – Ficino was the first and practically only western medical theorist who took up spiritual medicine and used music to do so.  Three Books on Life describes this music spirit based theory.  At the time, the theory was taken up by poets and musicians but largely ignored by physicians.