The Khlystys - Possessed by the Spirit

Khlysts or Khlysty (Russian: Хлысты) was an underground sect from late 17th to early 20th century that split off the Russian Orthodox Church and belonged to the Spiritual Christians (духовные христиане) tendency. 'Khlyst', the name commonly applied to them, is a distortion of the name they used. The original name was the invented word Христововеры (Khristovovery, "Christ-believers") or Христы (Khristy). Their critics corrupted the name. 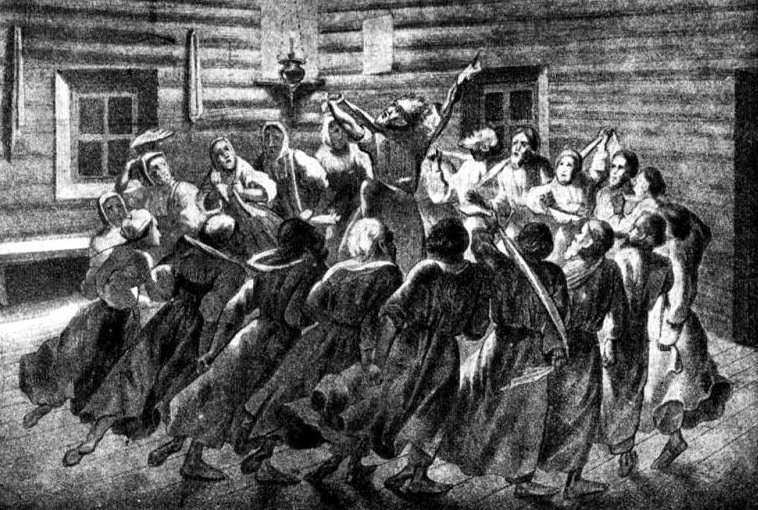