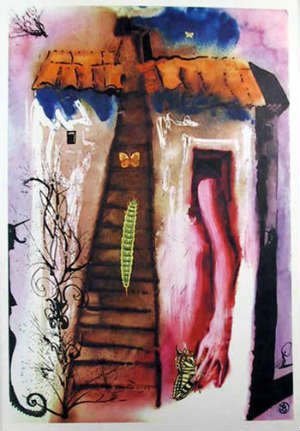 One of the quite startling effects of many experiences – particularly those on drugs and pharmaceuticals – is that our body image becomes distorted.

When you are in the out-of-body state, for example, you may see an image of your own body, or you may see yourself as a ball of light or you may feel you have no body at all.  It all depends, it would appear, on what your expectations are.

Thomas Traherne saw himself as a sphere, Lewis Carroll [if Alice in Wonderland is anything to go by] grew in size and shrank in size and suffered distorted limbs – so did Henri Michaux.

If you have been told that in the out-of-body experience you will feel like a shooting star – that is the image the composer will concoct for you.  It can also conjure up images of animals and that is why some people believed themselves to be wolves or stags or similar animals and took on these animals as their ‘mode of operation’ a sort of signature dress in keeping with their experience persona

Alastair Mackintosh – Beliefs about out-of-body experiences among the Elema, Gulf Kamea and Rigo peoples of Papua New Guinea
While disembodied the spirit can appear in any of three ways; as a facsimile of the physical body; in the form of a flying fox [fruit bat] if further magic is used, or as a light.  The size of the light varies from small to football sized.  In motion it twinkles like many stars compacted together and is shaped like a shooting star with a tail.  It can radiate several colours – yellow, red and blue usually being the most prominent.  The faster it moves the more brightly it shines

The composer will conjure up threads to link you to your body if you believe you need threads, or think that there are threads ‘holding you back’ figuratively speaking, or maybe just protecting you from getting lost –  the composer acting as  Ariadne for you. [If you have left via your Perceptions you will see threads]

In poems and other spiritual literature this ‘cord’ might also be described as ‘hair’ or rope – a means of return, once you had broken away from perception and started to travel in the wider spiritual realm.

If you think you can only fly with Wings, you will be given wings! 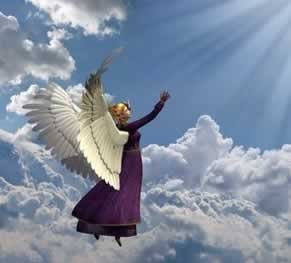 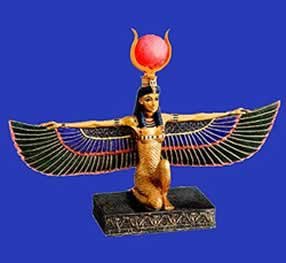 Our body image is software – the Template,  - thus the composer can alter the template at  will to give us new body images.  If you want it to, the composer can remove any image of your body altogether – you have the power – via the composer, to conjure up whatever suits you best.  In the examples you will see that people have felt themselves to be:

You can be horizontal and flying like a bird, or you can ask the composer to conjure up a chariot with horses or mythical animals – all are possible.  In some cases people actually feel themselves converted to a totem animal – an animal or bird or similar that somehow represents who they are – the essence of their personality.

Paul Devereux – Shamanism and the Mystery Lines
An important element in shamanism, ………, was the ability to apparently travel in mind through the environment and observe distant events; this was [often] accomplished .. by assuming the form of an animal or bird,……

This is what is often meant when shamans talk about ‘shape shifting’, they assume a different shape to the one they are.

Overall then what we feel ourselves to be is entirely up to us; we can be  an animal, a bird, connected by threads or ropes or a cord; we can be a ball, a shooting star or naked; we can be cloud like and a wraith; we can be horizontal and flying like a bird, or you can ask the composer to conjure up a mythical animal for you to ride – all are possible.  Or you can appear to be your own body image of yourself – apparently real but in fact a constructed image of how you perceive yourself to be…. Or even maybe the new slim young you you’d like to be! 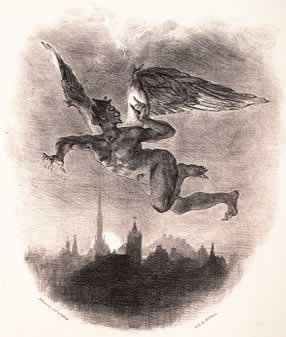