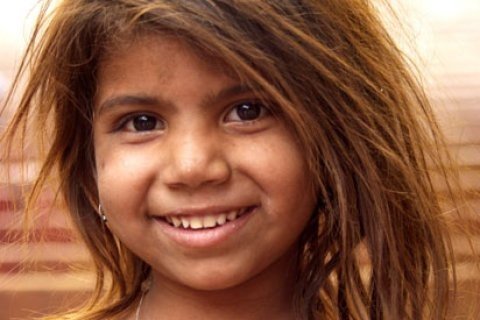 In the first case the candidate goes to the mouth of a cave and falls asleep.  An Iruntarinia comes and ‘throws an invisible lance at him, which pierces his neck from behind, passes through the tongue, making therein a large hole, and then comes out through the mouth. The candidate’s tongue remains perforated; one can easily put one’s little finger through it.  A second lance cuts off his head and the victim succumbs.

The Iruntarinia carries him into the cave, which is said to be very deep and where it is believed that the Iruntarinia live in perpetual light and near to cool springs (this is in fact the paradise of Aranda).  In the cave the spirit tears out his internal organs and gives him others,  which are completely new.  The candidate returns to life, but for some time behaves like a lunatic.  The Iruntarinia which are invisible to other human beings except medicine men, then carry him to his village.

Etiquette forbids him to practise for a year; if during that time the opening in his tongue closes, the candidate gives up, for his magical virtues are said to have disappeared.  During this year he learns the secrets of the profession from other medicine men, especially the use of the fragments of quartz that the Iruntarinia placed in his body