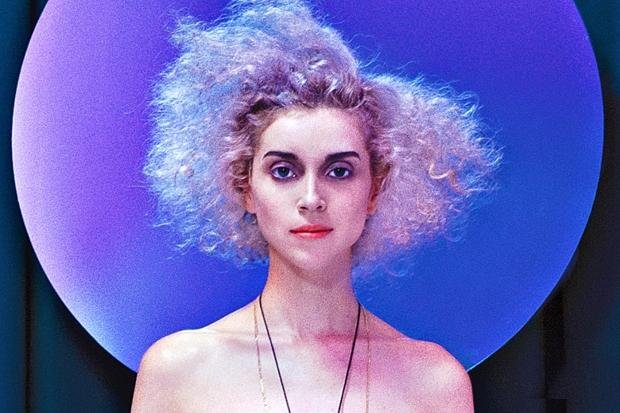 Teased late last year in a series of cryptic status updates, the forthcoming self-titled album from St. Vincent is one of the most anticipated of 2014. In a conversation with All Songs Considered hosts Bob Boilen and Robin Hilton, singer and guitarist Annie Clark gets into the stories behind the new record, due out Feb. 25.

Though her look on the cover suggests an evil overlord, Clark says the songs on St. Vincent were born in vulnerable moments — a chemical-induced hallucination starring a dead civil rights activist, and a standoff with a snake in which she literally couldn't have been more exposed, just to name a few. Read an edited version below, or click the audio link to hear the full interview, including exclusive previews of brand-new music.

BOB BOILEN: You start off this new record, basically, by taking your clothes off and running around the desert. It almost seems like a true story, the way it was written and sung.

ANNIE CLARK: It is, in fact, a true story. It's a song called "Rattlesnake." I was in far, far West Texas, at a friend of mine's cattle ranch, a place that's been in her family for years and years and years. And I was walking around, and I was alone, and I thought that it would elevate the experience to take my clothes off and be one with nature and all these things. Of course, I'm such a city girl that I don't know anything about nature without Google at my fingertips — but I was feeling inspired. So I took my clothes off, and I was having this commune with nature, when, all of a sudden, I heard something. I stopped and I thought, "Okay, maybe that's the wind. Maybe that's just a little squirrel scampering through the brush." And then I heard it again, and it was very distinct: It was a rattle. And I turned my head just slightly, and out of the corner of my eye I saw a rattlesnake. And I just took off running.

Being naked in the sun
Communing with nature