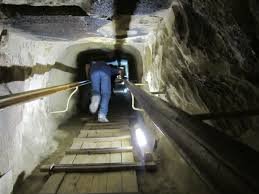 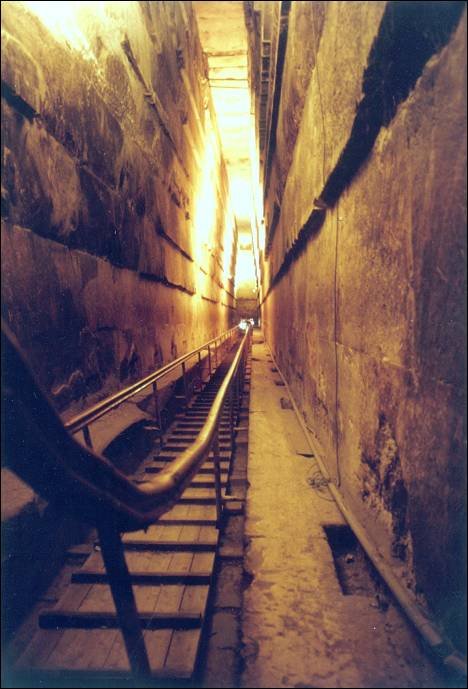 There is a curious fact connected with the tumulus of Gavrinis. On entering it--and it opens like New Grange to the sunrise, being oriented 43° 60" to the south-east--one finds placed across the floor of the narrow passage-way as slightly inclined steps rising to the inner chamber three or four stones.

Two of them, now very prominent, form veritable stumbling-blocks, and the one at the threshold of the inner chamber is carved quite like the lintel stone above the entrance at New Grange. From what we know of ancient mystic cults, there was a darkened chamber approached by a narrow passage-way so low that the neophyte must stoop in traversing it to show symbolically his humility; and as symbolic of his progress to the Chamber of Death, the Sanctum Sanctorum of the spirit-temple, there were steps, often purposely placed as stumbling-blocks.

The Great Pyramid, evidently, conforms to this mystical plan; and strikes one, therefore, all the more forcibly as the most remarkable structure for initiatory ceremonies ever constructed on our planet. Thus, Dr. Flinders Petrie says:-

'But we are met then by an extraordinary idea, that all access to the King's chamber after its completion must have been by climbing over the plug-blocks, as they lay in the gallery, or by walking up the ramps on either side of them. Yet, as the blocks cannot physically have been lying in any other place before they were let down we are shut up to this view.'

And as Egyptian tombs represented the mansions of the dead, just so Celtic or pre-Celtic spirit-temples and place for initiations were always connected with the Underworld of the Dead; and save for such symbolical arrangements as we see in Gavrinis, and New Grange also, they were undistinguishable from tombs used for interments only. 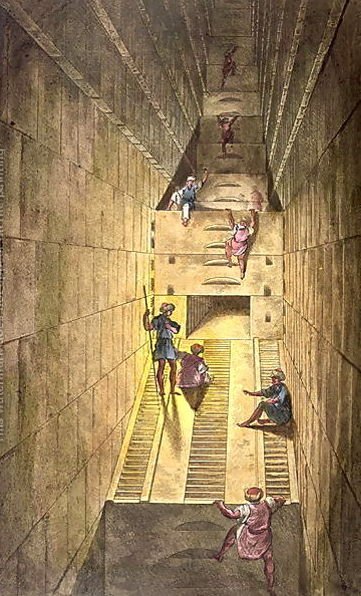