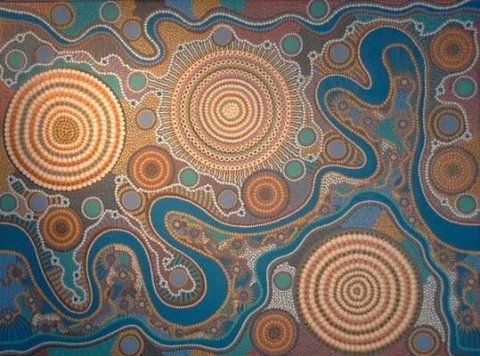 C. S. was taken by a friend, a clever man, to a burial place to sleep all night. A fire on which fat was burned was so placed that the smoke blew across the grave. His guide and guardian watched to ensure that the spirits did not kill him. The spirits did come to C. S. in a dream, took him away, and put "things" in him to give him magical power.

Further details of this ritual procedure as it was practiced in his tribal region were given me by C., of Cabbage Tree Island, Richmond River, a very knowledgeable Bandjelang man. A senior clever man took the postulant to a hilly region for three days and, having announced their presence to the spirits, made a camp for him and also one for himself about 30 meters away. The spirits took the postulant to another place in the mountains while he was asleep and put "things" in him. He remained out there three months and got "all he needed" for his profession. This included magic "ropes" (cords), which "live in certain clever waterholes." My informant had seen them rising up. The would-be doctor-man gets the ropes by drinking water or by putting his hands or feet in it. He becomes clever, that is, endowed with magical Power.