The guide books describe this as 'one of the loveliest of all Classic maya ruins' and it is certainly beautifully positioned at 2000 feet above sea level in a region famous for tobacco, overlooking a tributary of the river Rio Montagua.

It is the third 'greatest' Maya city, built in soft green trachite stone.  The ancient dynastic records are preserved on numerous stelae and on the Hieroglyphic stairway.  The earliest date is AD 719 and the last recorded date is AD 1064.

"The city contains a magnificent scribal palce, complete with a Monkey Man god sculpture, in which all knowledge of writing, the calendar, astronomy and the supernatural was gathered and the Mayan astronomers formulated exceptional eclipse tables.  A giant sundial, monoliths, portrait statues [stelae], which mark 5, 10 and 20 year intervals, all bear witness to their endeavours".

So it was a seat of learning and prophecy.

There are a large number of pyramids and a Ball court.  But the Ball Court is tiny, which should have surely alerted historians and scientists at least to the possibility that the so called Ball Court is not for games.  If it was for games it would have a standard size and this is barely large enough to run around in.  It means that there were far fewer practising sexual stimulation as the mechanism of spiritual experience in Copan than in Chichen Itza, so if they were not using sexual stimulation what were they using?

Despite the guide books gushing praise, I think that what was practised here was magic.  And I also think that the mechanism of achieving magical powers was by fear, the sort of fear used by some of the Tibetan systems and the Australian Aborigines.

There are a lot of underground rooms here without light and a large number of carved skulls.  This was a place for provoking rebirth experiences.  It may have been THE place, as the place is very large and has a very large number of vaulted chambers, enough for a great number of adepts. Even the pyramids themselves [like Giza in Egypt] have chambers. 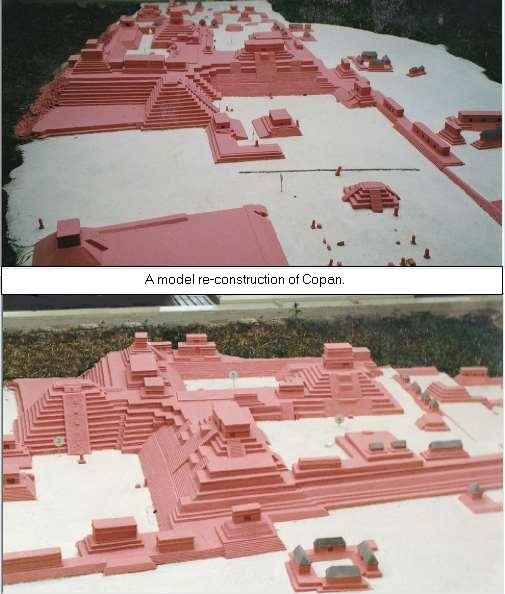 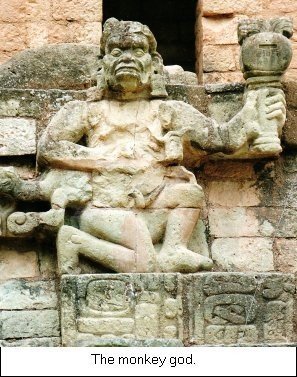 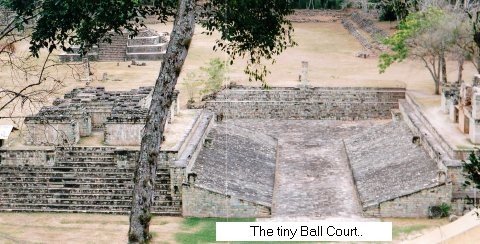