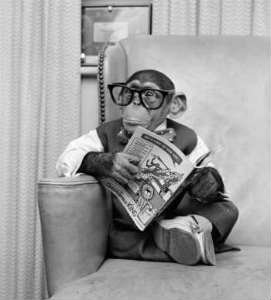 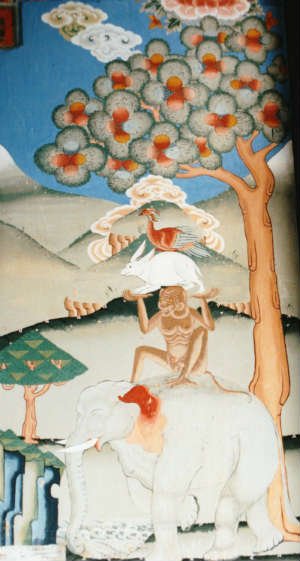 A monkey is symbolically equivalent to the subconscious.  In effect it represents the combined emotions, perception function, nervous system and the autonomic system very specifically the sexual system.

Thus if you see a chained money or a monkey otherwise subdued it could mean your subconscious is either repressed or under control.  Small monkeys probably indicate someone whose subconscious is fairly free and posed no threat.  If playful, even less of a threat.  But large or aggressive and uncontrollable monkeys that appear threatening mean a subconscious that rules you.

The monkey is not totally divorced from the idea of the conscious intellect.  A ‘strong’ monkey coupled with high intellect indicates that the person is likely to use their intellect to get what they want – a potentially cunning person, selfish and  possibly ruthless in their pursuit of what they want.

Monkeys are not tempered by behavioural function, so they tend to live by their emotions.  Monkeys can thus also be indicators of the emotions – thus a frightened monkey means that the emotion of fear is somehow holding you back.