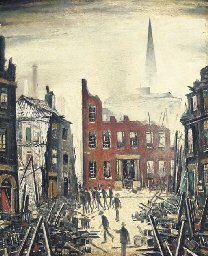 Lowry appears to have been further traumatised by the War.  The North of England received a very high level of bombing, one which those in the south tend to forget.

Sheffield and Leeds, for example, as well as Rotherham were almost entirely flattened.  It is difficult for people these days to understand the level of terror this provoked.

Lowry was looking heavenward for escape. 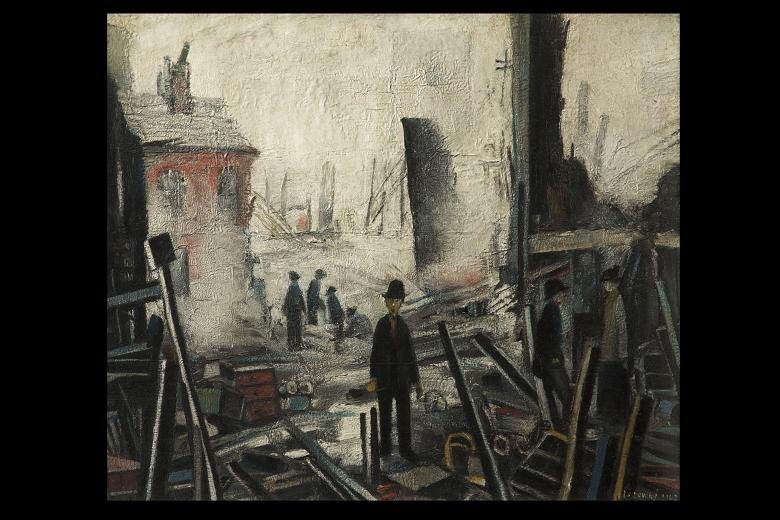 It may be pushing the bounds of speculation to suggest he started to have out of body experiences, but there are plenty of observations on this site that show that war, and the fear it provokes, can do just that, so it is worth a little speculation. 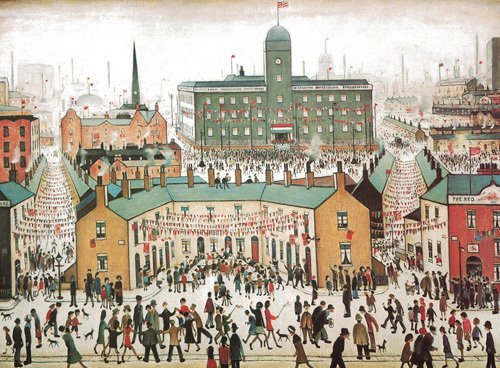