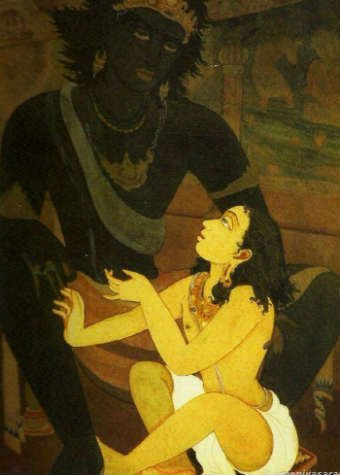 In the Golden age of man our intellect was nowhere near as developed as it is now and we had almost permanent access to the spiritual world – we could go out of body, meet with our fellow man in the spiritual world, help with spells and generally help with co-creation in a somewhat limited way.

But then we acquired a larger brain, more memory, a more finely honed reasoning power and a heightened ability to learn.  We also gained the ability to speak and invent language and later on writing.  We gained hugely improved creative power, but we lost touch with our ‘home’.  By acquiring these functions, we symbolically speaking ‘fell’ lost our ability to communicate with the spiritual world.

Those in the spiritual world see us in a shadow world – down a ‘hole’ , trapped in a miserable underworld created by our intellect.

And the so called Subconscious – the feminine  aspect of our character - is the world of Light. 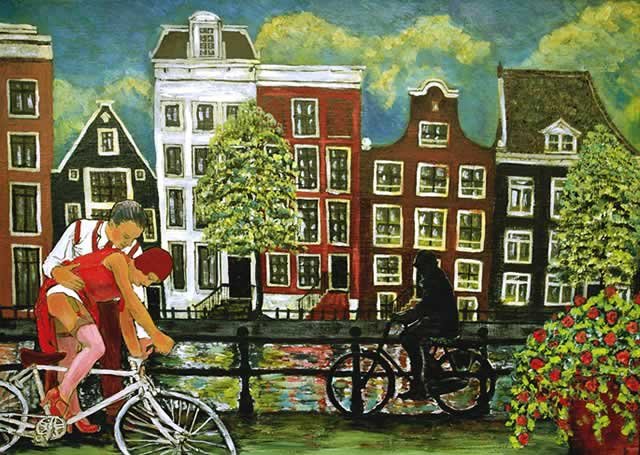 The girl in the painting is the Subconscious, who as you can see has a somewhat saucy streak in her, with a hint of the seductress and flirt.  In the background on his bike is her shadow – the black Conscious and boring Intellect wearing a mackintosh and a very conventional hat.  The Subconscious is being helped to ride her bike by her Higher Spirit.  He is teaching her to ‘ride’ to ‘fly’ in other words – to take off spiritually.  This is my painting – I chose Amsterdam as a backdrop, so that I could also incorporate the water in the foreground and thus introduce another symbolic element – ‘water’ here being ‘above’ the ‘earth’.

Superficially, of course, it is just another rather saucy scene – but none of my paintings are all they seem.

Dark and light symbolism are also captured in the Yin Yang symbol.  Here there is the ‘downward’ path of Qi – light -  and the upward thoughts of the Intellect  Qi  - black.

The association of darkness with the Intellect and the Conscious mind with its learnt functions led early Christians to classify darkness as ‘evil’.  The symbolism gradually attached to anything black or dark in colour.  Earth was ‘black’ and ‘bad’, being born on earth was coming to a wicked ‘dark’ world.  The alchemists took up the theme when they used the colour black to represent the first rung on the spiritual ladder.  For them it symbolised ignorance of the spiritual world, or if you wish to be kind  - naivety, lack of knowledge of all things spiritual.

So essentially Black and darkness is a masculine symbol and relates to all things intellectual simply because it was through the intellect that evil came into the world, ‘demons’ are a human invention.

This symbolism of light and the feminine and black and the masculine gets repeated in all sorts of strange ways from the angels in many religious paintings, to wedding dresses.  The white wedding is actually a symbolic re-enactment of the chemical wedding of light and dark

So there you are a marriage ‘made in heaven’, a spiritual union rather than just an earthly one. 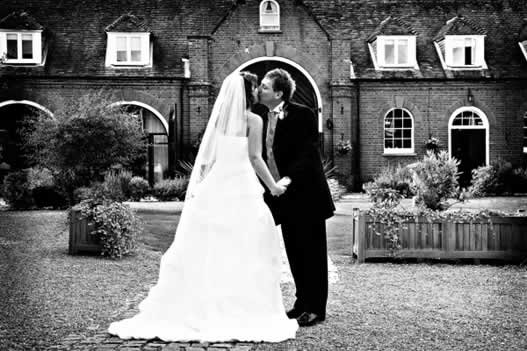 And the bride wears a ‘veil’, the symbolic door to heaven. The man lifts up the veil and he is admitted to heaven.  How very nice. Except that he wears black and so is not admitted [no I’m joking sorry - or maybe I'm not]  …………… interesting symbolism here don’t you think?