Michaux, Henri - The Night Moves - All too often I become involved in law suits

The King in this selection is Michaux's Higher spirit.  But he is describing the experience in an abstract way taking the part of 'everyman'.  It is one of the few explicit observations on this site which describe the invisible input of conscience, because although many people talk about their conscience 'pricking them' few seem to consider who or what may be doing it if it is not their conscious self.

Michaux constantly refers to the face as the mask - the mask of Personality. 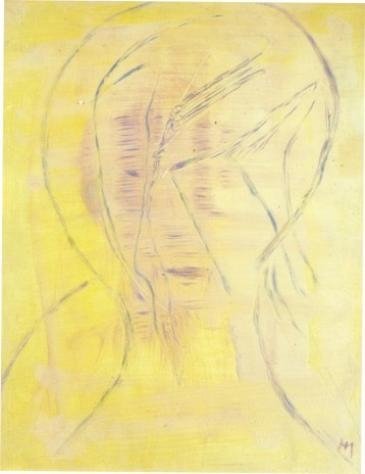 from The Night Moves - Henri Michaux

All too often I become involved in law suits.  I run up debts, I get into knife fights, I abuse children, I can't help it, I just can't really manage to get the spirit of the Laws into my head.

When the Other side has made its complaint to the tribunal, my King hardly listens to my reasons and takes up the Other side's case, which becomes an indictment in his august mouth, a terrible preliminary that's really going to do me in.

Only at the end does he bring in a few trifling restrictions.

The Other side, feeling that it's a small matter indeed, prefers to withdraw those few subsidiary complaints, and the bench strikes them.  It's enough for the Other side just to be sure of the rest.

At this point, my King takes up the argument from the start, always as if it were his own, but cutting it down slightly a bit more.  Once this has been done, and an agreement reached in these details, he takes up the argument again from the beginning and weakening it, little by little in this way, from step to step, from fresh start to fresh start, he reduces it to such nonsense that the shamefaced bench and all the magistrates wonder who dared to convoke them for trifles of this sort and a negative verdict is delivered amid the hilarity and jeers of the public.

Then my King, paying no more attention to me than if I were not involved at all, rises and goes away impenetrable............

What appears at his court in our poor little room, is so incredibly disappointing that the lowest worker would not envy him.  Besides, who but my King - and I, because I'm used to it - could find some respectful being in those advances and retreats of dark matter, those little flurries of dead leaves, those few drops that fall, grave and desolate in the silence. 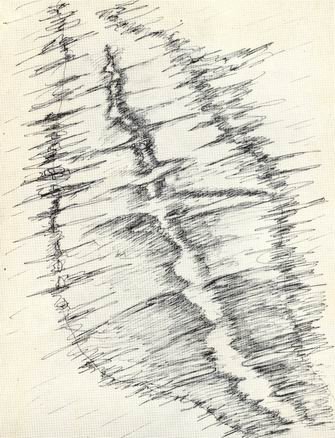