Out of time
Vision 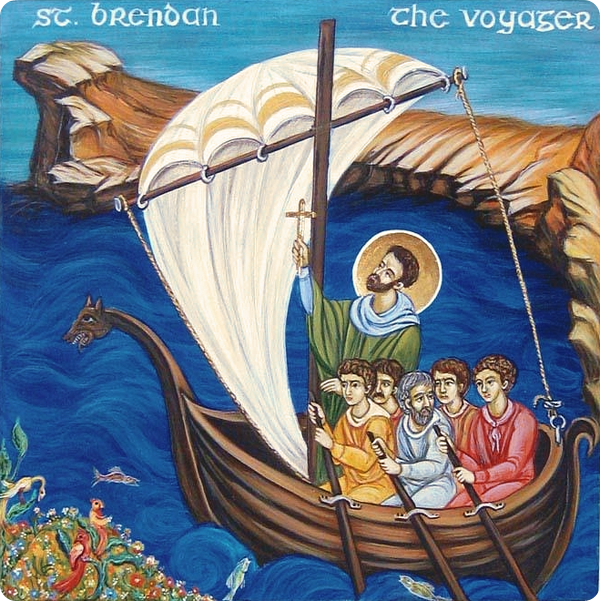 'We embarked and sailed, but a fog so thick covered us that we could scarcely see the poop or the prow of the boat. But when we had spent about an hour like this a great Light shone all around us, and there appeared to us a land wide, and full of grass and fruit. When the boat landed we disembarked and began to go and walk round that island.

This we did for fifteen days - yet we could not find the end of it. We saw no plants that had not flowers, nor trees that had not fruit. The stones of that land are precious stones. Then on the fifteenth day we found a river flowing from east to west. As we pondered on all these things we were in doubt what we should do.

'We decided to cross the river, but we awaited advice from God.  In the course of a discussion on these things, a man suddenly appeared in a great Light before us, who immediately called us by our own names and saluted us, saying:

"Well done, good brothers. For the Lord has revealed to you the land, which he will give to his saints. The river there marks the middle of the island. You may not go beyond this point. So return to the place from which you departed."

'When he said this, I immediately questioned him where he came from and what was his name.

He said : 'Why do you ask me where I come from or how I am called ? Why do you not ask me about the island?  As you see it now, so it has been from the beginning of the world. Do you feel the need of any food or drink or clothing? Yet for the equivalent of one year you have been on this island and have not tasted food or drink! You have never been over-come by sleep nor has night enveloped you! For here it is always day, without blinding darkness.