Boats are a symbolic means of transport.  Not only are they used as a figurative symbol within visions to indicate a means of travel within the spiritual world, but occasionally people feel as though they are actually being transported in a boat.  Boat symbolism can be found wherever there is literally water and it is used for transport – rivers, lakes and the sea, as it is an easily understood symbol.

The levels and layers

One of the vibrational levels and layers is symbolically represented as the ‘water’ level.  As there is a symbolic water level, it makes much sense for there to be spiritually perceived boats and water craft designed to travel in this ‘element’ and to be able to withstand the dissolution that water represents.  In this respect a boat has a rather unique position symbolically as it is in effect both a means of transport, but also an island in a sea of dissolution - chaos.

But, boats can also be found ‘in the air’. They are not confined as a means of ecstatic flight to the ‘sea’ or ‘ocean’. Shamans from Indonesia to South America, for example, use ‘boats’ to travel through the air. 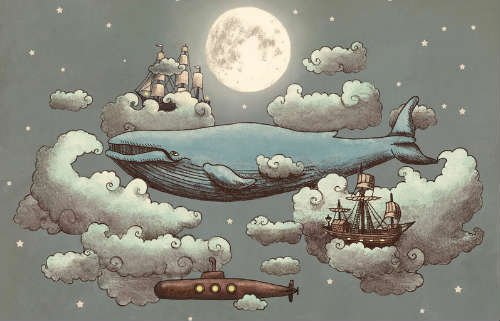 Boats and the spiritual path

The symbolism of the boat is exceptionally  important in the context of the Spiritual path.

One cannot progress anywhere spiritually by being on an island.  As such one has to figuratively ‘move’ around the 24 hours that we have seen represent the stages of  the spiritual path – The four seasons and the hours.

The spiritual path or if you prefer the search for enlightenment see Types of Spiritual experience – is sometimes known as the ‘Fool’s journey’ as it corresponds to the Fool in the Tarot [who is no Fool].

Heroes also use boats.  Homer’s Odyssey was a spiritual journey by boat.

Other rather more prosaic aspects of boat travel also fit in well with the symbolism.  When one is having a spiritual experience, it is not unusual to feel extremely cold [hence we have the symbolism of the wind], to feel like one has been drenched by water and to hear really odd noises – as Sam Willets the poet once said ‘the water roared’. You can also get singing in the ears like the lines or spars of a boat.

There is the added symbolism that by ‘casting off’ from the island on which one has lived – apparently in security but in reality fairly isolated, that on the ocean of chaos, one does find peace away from the rat race and the mad bustle of everyday life – exactly as one can on a boat, at least a non motorised boat.

You can’t be a mystic or a hero whilst figuratively staying at home, you have to travel – learn – have adventures.

The perils on the way are that one is ‘becalmed’, like the Ancient Mariner – in effect one goes nowhere on the spiritual path, you can’t go forward  and you can’t go back, you are stuck. You can get horrendous storms – bad patches which look like they may wreck the whole project.  You may encounter considerable head winds – difficult passages where [to mix my metaphors] one has an uphill struggle.   Or you may be ‘shipwrecked’ which does not mean you literally become chaos, but that the whole project of your journey along the spiritual path gets wrecked.

In the Narnia books, the voyage of the Dawn Treader was just such a journey, with lots of challenges on the way.  But only Reepicheep went that extra mile and went for enlightenment and the final ‘annihilation’, because he was a brave mouse.  Some mice are.

Associated with boats is considerable further symbolism – oars, sails, the rudder, the anchor all have their own symbolism, making this a very rich symbolic source.

The ship of fools

A boat without oars and rudder that is simply sailed is referred  to as a ‘ship of fools’ – not to be mistaken for the ship used in the Fool’s journey.

The Ship of Fools is fairly common in mediaeval iconography.  It expresses the idea of sailing as an end in itself, as opposed to the true sense of sailing, which is as Cirlot says “transition and  evolution”.  So for example people who experiment with drugs, or who take drugs for entertainment purposes only, or people who play with spiritual experience without using the privilege to understand and learn are on a ‘ship of fools’.  Most of these ships get wrecked sooner or later.

The transport of death

‘Boats’ are often used symbolically to carry the souls of the dead to heaven.  This latter use of symbolic boats is worldwide and can be found in Egyptian mythology, for example, Greek and Roman myths, in Hindu stories, Buddhism and all over Melanesia.  King Arthur was symbolically transported on death by boat.  Boats were also used by Norse races as the means of transport of the souls on death.  For this reason they often used actual funerary boats in which to put their dead, these were then cast out into the sea, symbolically mimicking the souls journey to ‘heaven’, the final resting place of the soul – the journey across the water.

Boats [and similar moving homes  caravans, mobile homes] – in visions thus represent the idea of a soul ‘moving’ – progressing along a path and as death is a form of progress, it is used for both birth and death and is as a consequence a symbol of reincarnation  – the death of the body, the movement of the soul to another place by boat and then the rebirth in a new place – a new body again   - by boat. 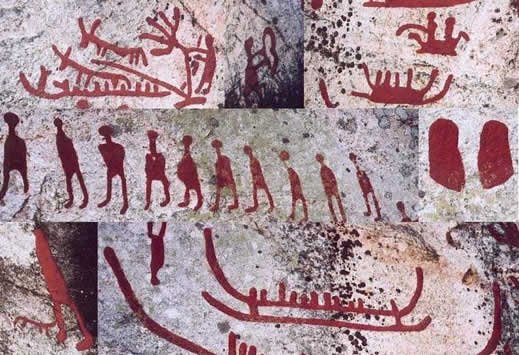