The meaning and uses for caves within a sacred geography can be found by following the links. 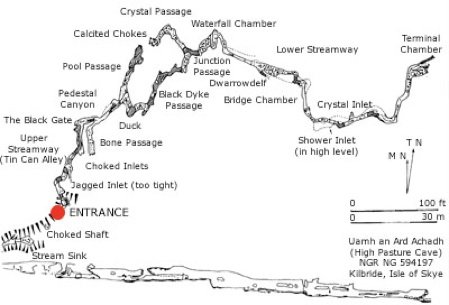 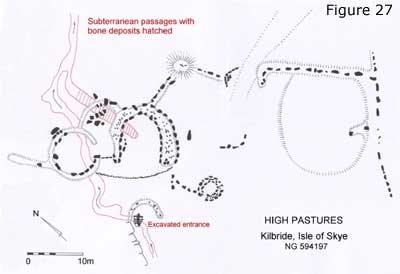 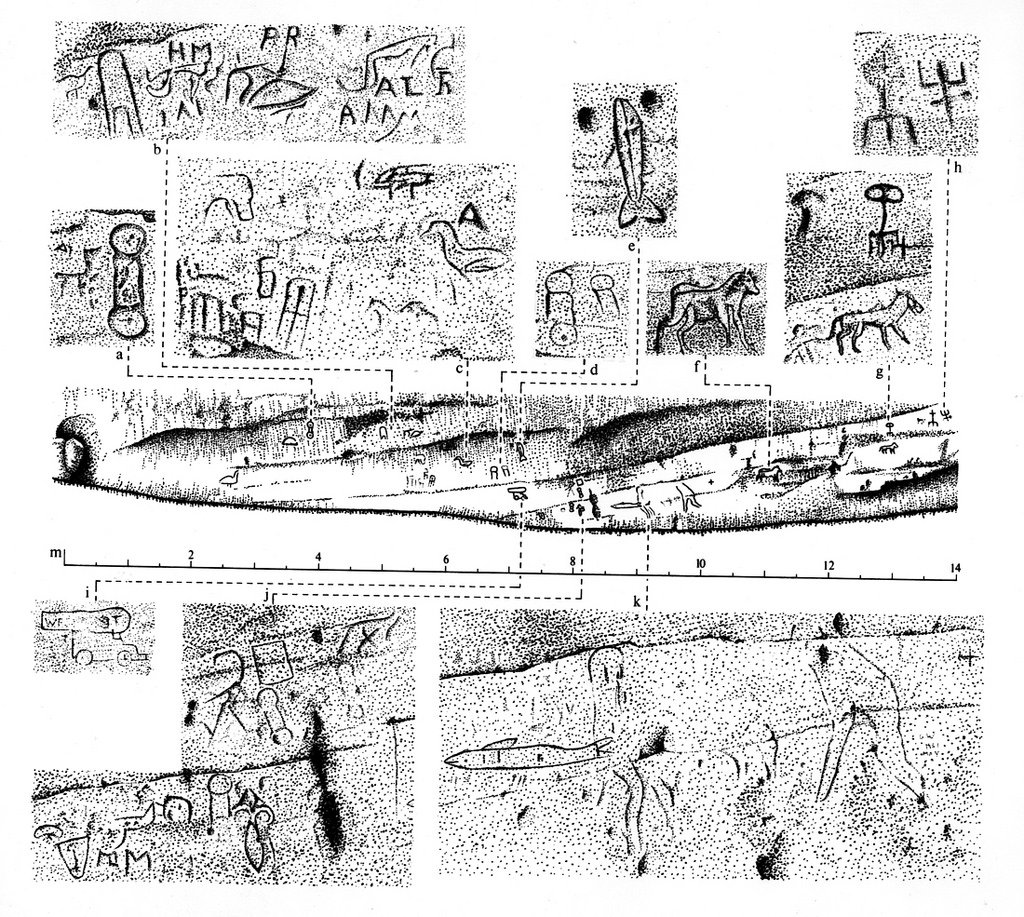 In search of the Picts – Elizabeth Sutherland
CAVE-DWELLERS

There is ample evidence that certain caves were used for temporary shelter, permanent occupation and ritual acts.

Frank Rankin, who is one of those dedicated to saving the Wemyss caves in Fife from sea erosion, records an old legend about the caves:

'They were biggit [built] by,'the Pechs, short wee men wi' red hair and lang airms and feet sae broad that when it rained they turned them ower their heids and they served as umbrellas. Oh aye, they were graund builders the Pechs.'

In fact the caves were formed by the sea about eight to nine thousand years ago. In two land shifts they were raised fifty feet, so that now there are two levels of caves, one above the other.

Of the ten or so remaining caves at Wemyss, all of them contain symbols, markings and doodles that provide a good record of prehistoric and Dark Age history. Here have been found cup and ring marks, Pictish svmbols, Ogams, animals, fish, fertility symbols, stick people, a hunting scene, the Viking god Thor with his hammer and other Norse gods, Christian Latin crosses and, in Jonathan's Cave, a boat that may have been Pictish or Viking but which is thought to be the earliest-known drawing of a ship in Scotland. 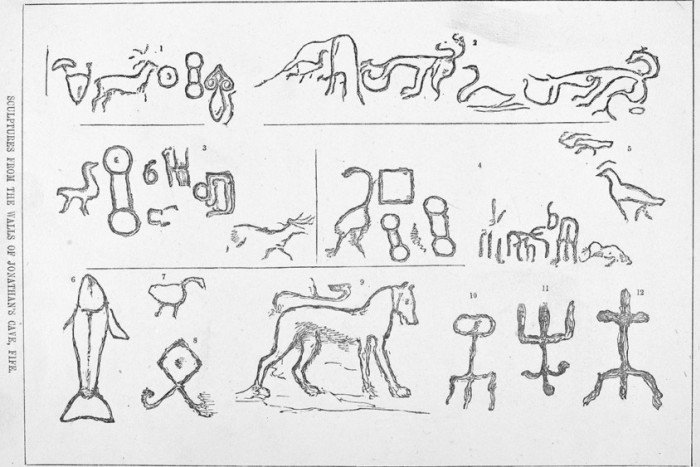 Illustrations from West Doo Cave by antiquarian JY Simpson in 1886

The Court and Well Caves are now exceedingly dangerous and entry is forbidden. Hard hats are available at the visitors' centre and these should be used for all the other caves. The tragedy is that unless expensive steps are taken, the caves will soon be eroded beyond recovery.

About three miles east of Burghead at Covesea (pronounced Cowsie) on the Moray coast, a stretch of golden sandstone cliffs can be found riddled with caves.

Hugely impressive and dry, one is known as the Sculptor's cave for obvious reasons. Every inch is carved with initials ancient and modern, indecipherable doodles and a collection of undoubtedly Pictish symbols.

Two excavations have led to the conclusion that it was an important settlement site in the late Bronze Age where a quantity of fine metalwork was either lost or deposited. Roman coins and artifacts were discovered dating from the middle of the fourth century, and there were at least fifteen Pictish symbols carved on the walls and roof of the entrance passages. Some simple Latin crosses (like those at East Wemyss) can also be seen together with a twelfth century Russian cross on the west wall of the east entrance.

We don't know how the Picts used the cave, but an early excavation discovered some two thousand human bones whose dates were not determined.

Ian Shepherd suggests there is some evidence for it being a ritual site dating from the late Bronze Age or early Iron Age through the Dark Ages into the Christian era. Shepherd also points out that the Pictish symbols range from the basic to the ornate. This perhaps indicates a continuing use of the cave for religious purposes throughout the Pictish era.

Bearing in mind its closeness to the royal fortress at Burghead, there may have been a ritual connection between the two. 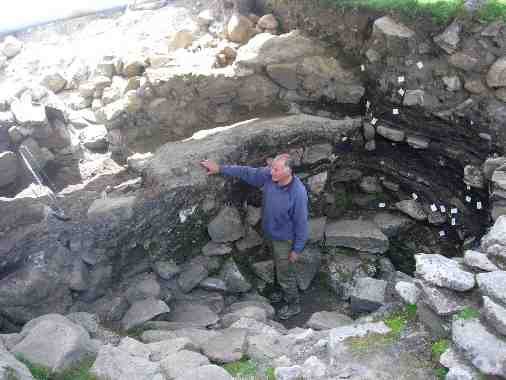