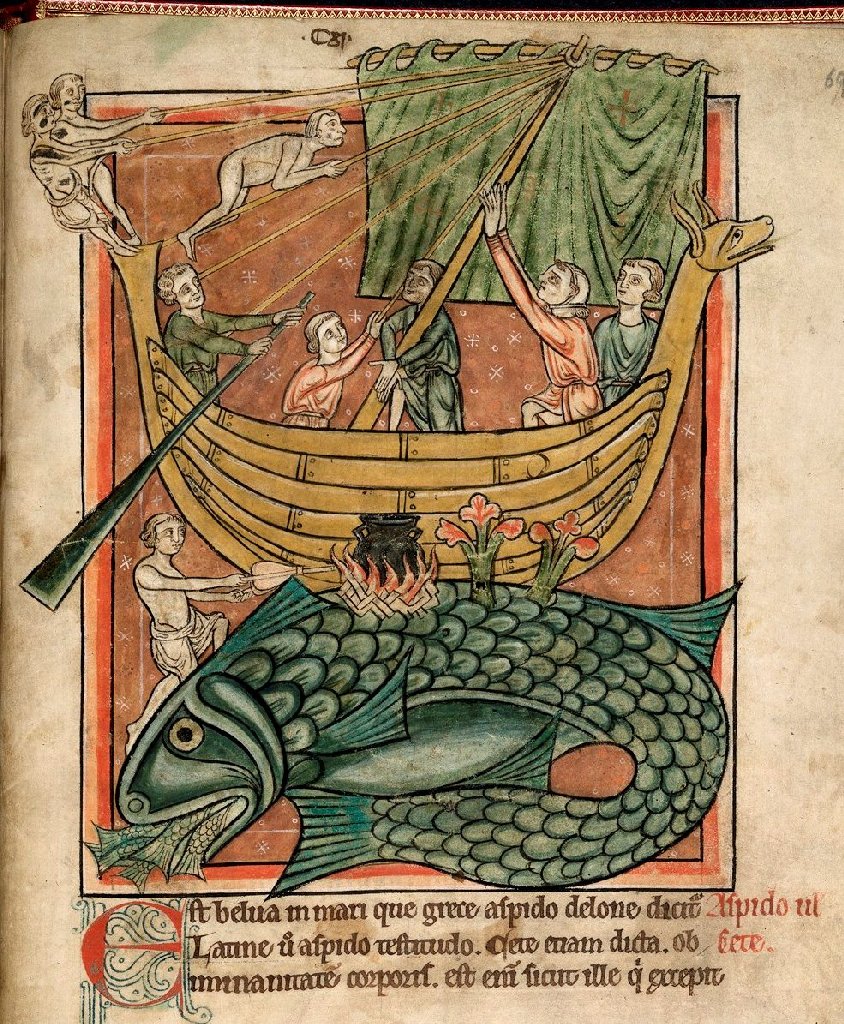 IT HAPPENED on one occasion that as Brendan was celebrating the feast of Saint Peter the Apostle in his boat, they found the sea so clear that they could see whatever was underneath them.

When they looked into the deep they saw the different kinds of fish lying on the sand below.

It even seemed to them that they could touch them with their hands, so clear was that sea. They were like herds lying in pastures. They were so numerous that they looked like a city of circles as they lay, their heads touching their tails.

His brothers asked the venerable father to celebrate his Mass in silence, lest the fish would hear and come up to pursue them. The holy father smiled and said to them:

'l am surprised at your foolishness. Why are you afraid of those fish when you were not afraid of the devourer and master of all the fish of the sea, sitting and singing psalms, as you often did, on his back? Indeed you cut wood and lit a fire and cooked meat there! Why then are you afraid of those? Is not our Lord Jesus Christ God of all fish, and can he not reduce all living things?'

When he said these things he began to intone as loudly as he could. Others of the brothers kept their eyes on the fish all the time. When the fish heard him singing, they came up from the bottom and began to swim in a circle round the boat – in such a way that the brothers could not see beyond the fish anywhere, so great was the multitude of the different fishes swimming. Still they did not come near the boat, but kept swimming at a distance in a wide arc. And so they kept swimming here and there until the man of God finished Mass.

After this, as if they were taking flight, they all swam by different paths of the ocean away from the sight of the servants of God. It took eight days for Saint Brendan, even with a favouring wind and all his canvas stretched to the full, to cross the clear sea.