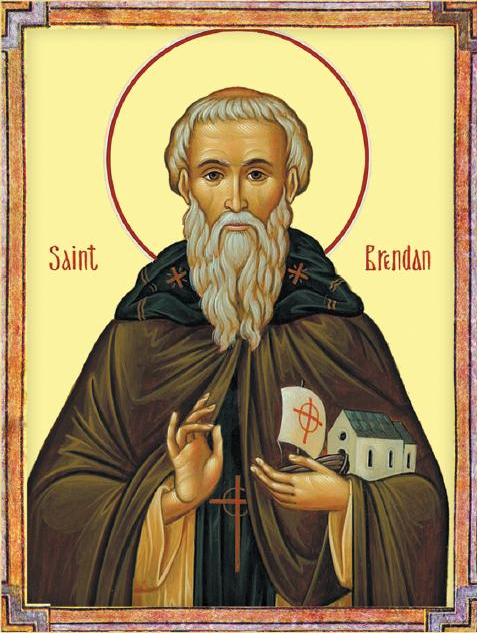 Saint Brendan was an Irish monk whose ‘journey’ is documented in the Voyages of Saint Brendan.  Despite all attempts by those of a materialistic disposition to make the journey a physical one, the story is an allegory of the spiritual path containing various symbolic references to the sorts of stages of the path Brendan followed, the practises he used to get his spiritual experiences, as well as the spiritual events he encountered.

There are visions, hallucinations and out of body experiences in the story, but they have been ‘spiced up’ to make them into a more memorable exciting allegory [produced for people who in general could neither read nor write] and to help others on the spiritual path.

It contains a considerable amount of symbolism, but it also contains a great deal of comforting support.  Whenever danger threatens, Saint Brendan is there to help, telling his followers who have strayed into danger [spiritual danger], not to be afraid and how to escape the danger.  It incorporates quite a number of monastic practises of the day – fasting, chanting, squashing of the ego – which rather implies the text was aimed principally at monks and initiates, and not lay people. 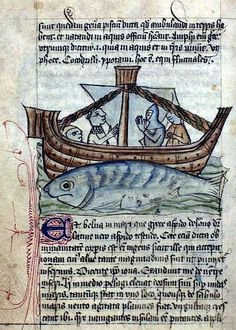 The Voyage of Saint Brendan eventually became one of the most famous stories of western Christendom.  Unfortunately, as time went on the story was taken almost entirely literally and seafarers, political leaders and cartographers started to map Brendan’s journey with a view to finding the 'lands' he describes and claiming them.  The story was translated for the Low Countries, Germany, Scandinavia and France.  One of the most famous versions was done in 12th century Norman France.  The Iberian countries claimed the island of Saint Brendan as their possession.  So the literalisation of a spiritual story started very early - and the literalisation was prompted by 'land grabbing'!

This literalisation is all the more odd because the tale itself is so fantastic.

Did Saint Brendan ‘discover’ America?  He might well have done, but he did it out of body if he did.

Saint Brendan was born in lreland sometime around A.D. 489, probably in or near Tralee in Co. Kerry. His name is connected with the foundation of a number of monastic settlements in the counties of Kerry, Clare and Galway and on islands in the river Shannon. One of the most famous of these monasteries was Clonfert in East Galway, where the story of the Voyage of Saint Brendan appears to begin. Brendan is reported as having visited Iona, the Orkney and Shetland Islands, Britain and Brittany. He died sometime between 570 and 583. 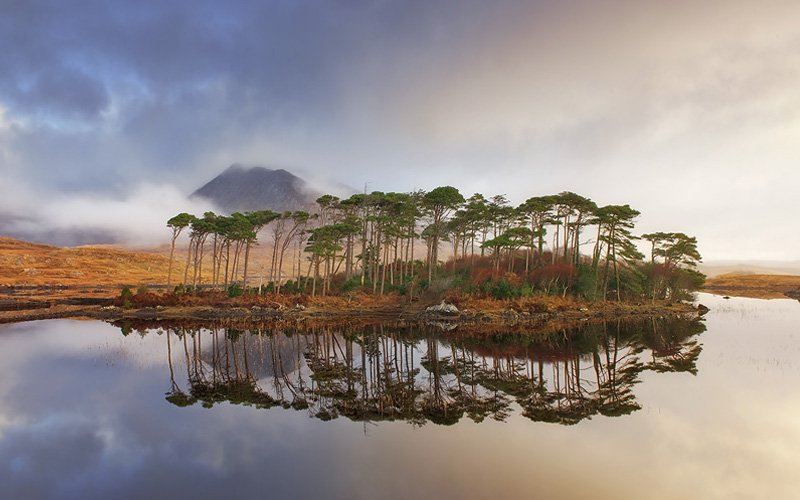 Brendan lived at a period when lrish monks were leaving their country in significant numbers to be on pilgrimage for Christ's sake and to spread the Gospel.  Columba left Ireland for lona in 563.  Columbanus set out for France -- to found a string of monasteries from Luxeuil to Bobbio - about 590.

It was but the beginning of the heyday of such pilgrimages. By 891 the Anglo-Saxon Chronicle reports that 'three Scots came to King Alfred in a boat without any oars from Ireland whence they stole away, because they would be in a state of pilgrimage for the love of God, they recked not where.' Many of these pilgrimages centred on the islands to the west, north and north-east of lreland. 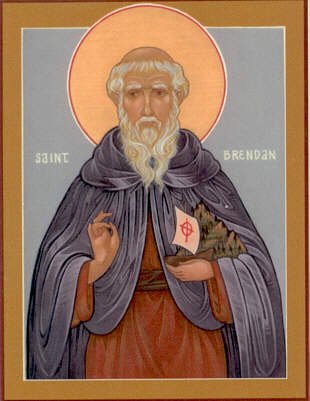 In due time Brendan became known as the voyager who sailed to and fro across the ocean, no longer in search of lonely islands in which to find solitude, but of the ever famous and ever elusive Promised Land.  Professor Carney has suggested that within a hundred years of his death there already existed a primitive account in Latin of Brendan’s quest for that happy land. This account was ecclesiastical in general character, but influenced the creation of the secular, heroic Voyage of Bran, written in Irish, which goes back to the late 600s or early 700s.

The Latin Voyage of Brendan, which is here translated, was written in Ireland perhaps as early as 800.  Shortly afterwards this in turn influenced the creation of another secular heroic voyage, the voyage of Mael Duin. These works form part of a whole series of voyages or Immrama, some in Irish and some in Latin.

These Voyages were, of course, not uninfluenced by literary tales of other nations - by, for example, the renowned stories of the Odyssey and the Aeneid. 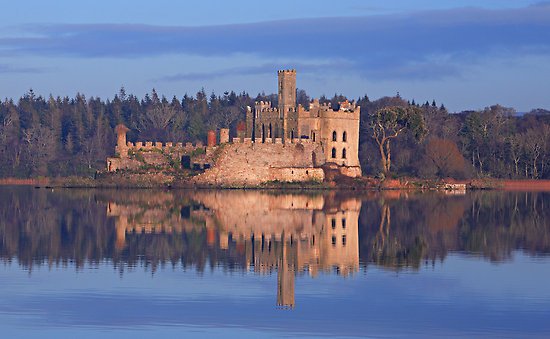 Nevertheless, even the most secular of them (such as the Voyage of MaeI Duin) shows a distinct Christian colouring, and one as ecclesiastical as the Voyage of Saint Brendan can rightly be called a Christian allegory. Renan has characterized it as 'sans contredit Ie produit le plus singulier de cette combinaison du naturalisme celtique avec le spiritualisme chretien." Be that as it may, it is certain that it is predominantly monastic in outlook, and inculcates the doctrines and practices of the ascetic life as understood in an Irish environment…………………..

[It is important to understand] how stylized, how abstract, how non-naturalistic the narrative is. There is indeed the underlying reality of monastic life and the sense of space on the ocean - but one does not feel the salt spray or the plunging of the boat in heavy seas; one does not see the scudding clouds or wilt under the pitiless sun; one does not marvel at the reddening dawn, or the following moon, or the immensity of the stars in the heavens at night. It may take forty days to reach an island, but the reader does not feel them pass. There may be reality, but there is also suspension of reality…………….

The level of discreet and charming allegory is for the most part carefully maintained. The story is one indeed of miracles and monsters, of angel-birds and blacksmith demons; but when it is placed side by side with the Voyage of Mael Duin, to which it is certainly related, its simple sophistication – not without humour - quickly emerges. It reminds one reader at least of a Book of Hours in its conscious and delicate naivete. 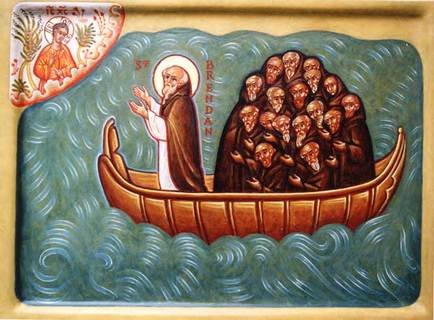 The extracts in the observations, come from The Voyages of Saint Brendan – A Journey to the Promised Land translated from the Latin by Professor John J O’Meara.  John used “The only scientific edition of the original Latin text”.  I’m not sure what he means by this, but he appears to have tried to have kept to the original, which is what is most important.  There are still a few problems, as he says he has “elected to use modern terms, when they indicate the same thing, instead of obsolete or specialized terminology”. In symbolic literature, the original terms are key.  For example, he tells us that he has substituted 'nine o'clock' for 'the third hour', which is not at all helpful because the spiritual path is divided into hours, it is not a literal clock.  So some symbolism may be missing.