Did he die or did he 'die' - that is the question

THE RETURN HOME AND DEATH OF SAINT BRENDAN

The brothers received him by whose absence they were so long orphaned.  Then the blessed man, commending them for their love, told them everything that he remembered happening on his journey and the great and marvellous wonders God deigned to show him.

Finally he mentioned also the speed of his approaching death - emphasizing its certainty - according to the prophecy of the youth in the Promised Land of the Saints. The outcome proved this to be correct. For when he had made all arrangements for after his death, and a short time had intervened, fortified by the divine sacraments, he migrated from among the hands of his disciples in glory to the Lord, to whom is honour and glory from generation to generation. Amen. End. 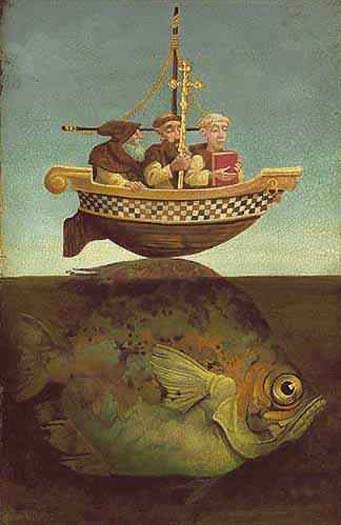