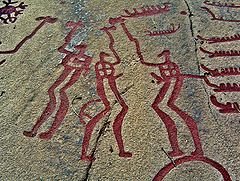 The Rock Carvings in Tanum (Swedish: Hällristningsområdet i Tanum), near Tanumshede, Bohuslän, Sweden, has been declared a World Heritage Site by UNESCO because of the high concentration of petroglyphs.  In total there are thousands of images called the Tanum petroglyphs, on about 600 panels within the World Heritage Area. These are concentrated in distinct areas along a 25 km stretch, which was the coastline of a fjord during the Bronze Age, and covers an area of about 51 hectares (126 acres or 0.5 km²).

Many of the glyphs depict boats ..Other glyphs depict humans with a bow, spear or axe, and others depict hunting scenes. In all cases the pictures show people performing rituals. There is a human at a plough drawn by two oxen, holding what might be a branch or an ox-goading crop made of a number of strips of hide.

The rock carvings are endangered by erosion due to pollution.

Nothing can diminish the impact of the story told by those pecked and carved images.  There are eight decorated slabs in total and upon those, in simple elegant style is a record of sights surely witnessed ……long ago.  There are the long ships powered by oars, stately processions of robed and hooded figures, some blowing horns and lurs.  Better yet is the man riding a chariot with two spoked wheels and pulled by a pair of horses controlled by long reins – a mode of transport unknown in Scandinavia at the time 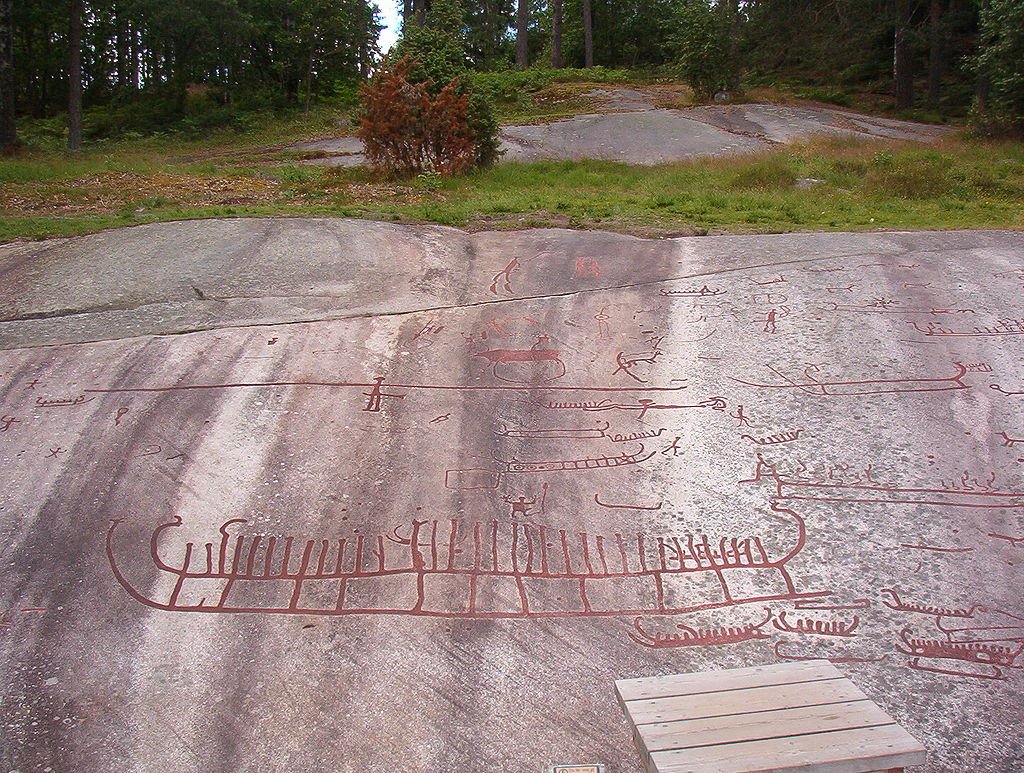