I want to explore the symbolism of the cross separately from any associations it may have with Christianity.  Furthermore, I want to first concentrate on the cross which is often assumed to be Christian, but whose origins go back to the mists of time

Practically all symbolism related to the cross of this shape is based on the body and the idea of man being bound to the body.  In effect the soul is tied to [see laces, ties and knots]  or nailed [see Nails] to the physical.  Thus by ‘suffering’ on the cross, one suffers because one has acquired a body and is as a consequence no longer just the Higher spirit.

The main axis is the spine and by extension the celestial pole.

Now let us look at this in relation to the cone and the levels and layers. 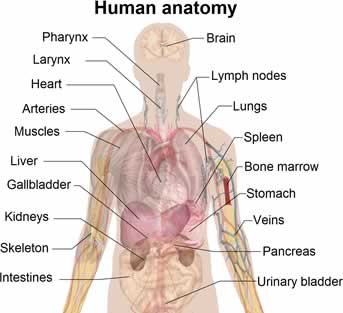 Each of the organs of the body corresponds to different vibrational levels.  So symbolically the head and particularly the crown chakra is to be found in the aether level, the heart in the fire level, the lungs in the air level, the stomach, kidneys and liver in the water level, and the intestines bladder and sexual organs in the earth level.  Symbolically again, the veins and arteries then represent the streams and rivers of spiritual energy.  Blood [how very confusing this symbolism is] is then effectively water!! 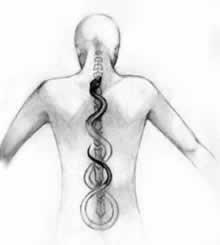 Energy spinning or climbing up this pole then represents kundalini energy as it travels up the spine.  [There is a connection here too with the symbolism of maypoles and barber’s poles].

During a kundalini experience, the energy travelling up the spine, if not impeded on the way, opens the crown chakra at the top of the head and you are open to the spiritual world and your Higher spirit.

There is the celestial pole [the spine in  this case], the snake as the symbol of kundalini energy and in both cases the energy has reached the top of the pole. 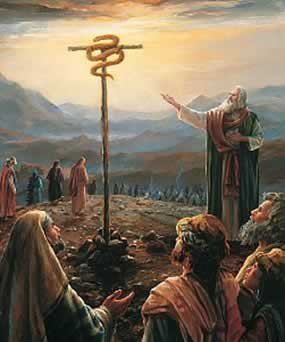 The picture above shows a light in the sky signifying a connection with the Higher spirit. 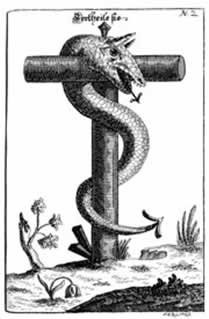 The symbol is called a  ‘hung snake’.  This is principally [though not exclusively] a Jewish symbol and shows a snake twined round the crossed pole.  The arrowed tail is not a symbol of evil but of the arrow denoting the kundalini energy.  The forked tongue of the snake is also a symbolic link to the same thing – a forked lightning strike from head to foot.

So let me summarise.

The cross is symbolically the human body, upon which the soul is hung.   The soul is symbolically tied to [see laces, ties and knots]  or nailed [see Nails] to the physical.  The main vertical axis is the spine and by extension the celestial pole.  The horizontal arms act as dividers between the area of the Higher spirit and the lower world of the Conscious, subconscious, 5 senses, nervous system and autonomic system.

If however we have managed to attain some kind of union with our Higher spirit a whole new set of symbols come into play.  When ecstasy occurs it is common for the person to involuntarily raise their hands and their heads in a process called ‘the orans’.

What you have gained by the process is enlightenment and you have a different kind of cross – known as the St Andrew’s cross – which denotes an opening of the communication channels between our cone and the realm of the aether and the Intelligence hierarchy.

As you can see from the  diagram the symbolism is repeated not just by the larger cross but by the position of the man during the experience.

And it is from all this complex symbolism that Leonardo da Vinci produced his famous drawing of man.

In the shape of the conventional cross, man is of the earth.  This is shown by the square which is a symbol of the earth.  Not enlightened.
But in his enlightened state the cross is that of St Andrew and he is open to the Egg. 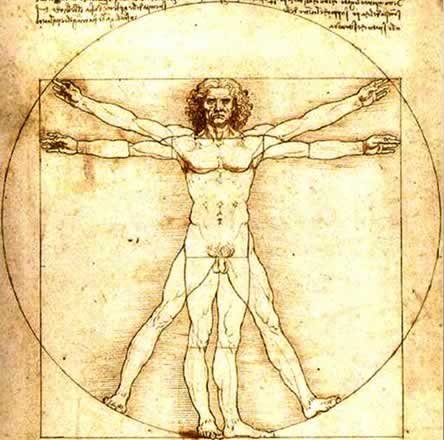