Still black, this painting is called Guardian Spirit of the Waters 1878.

Redon’s father died in 1874 leaving his family with no money. Redon described the following years, from 1875 to 1880, as the " most distressed period " of his life, the true Black days, so this was done at a very very bad time.

But what is fascinating about the drawing is that even at this bad time, Redon clearly perceived himself to have started on some sort of spiritual journey [the boat] - not an ascent, but the hero's journey and this is confirmed by later paintings which I have placed on the site. 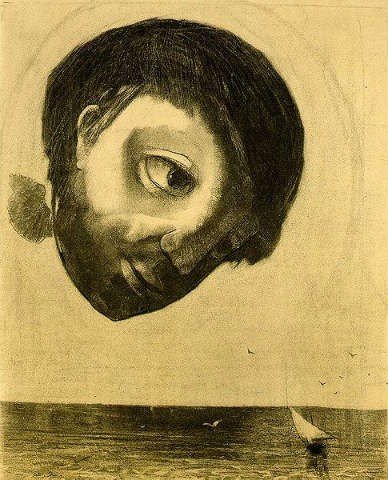