Stanley claimed that there were two of him, each existing simultaneously in a different life. One - his 'real' life - he referred to as his down-to-earth or secular life. The other - his creative life - he called his up-in-heaven life, or his life of special meaningfulness.

The terms physical and metaphysical are used here in the same meaning, the metaphysical often being expressed by Stanley in the metaphorical terms of biblical paradigm or iconography.

Instead of Stanley's heaven, today's reader might prefer a phrase such as 'extended reality'. Indeed, the passing of the years since his death in 1959 suggests that he should more justly be viewed as a dedicated spiritual rather than a religious painter
- it is for me to go where the spirit moves me, and not to attempt to ally it to some known and specified religion,
he expostulated angrily during his 1935 quarrel with the Royal Academy. 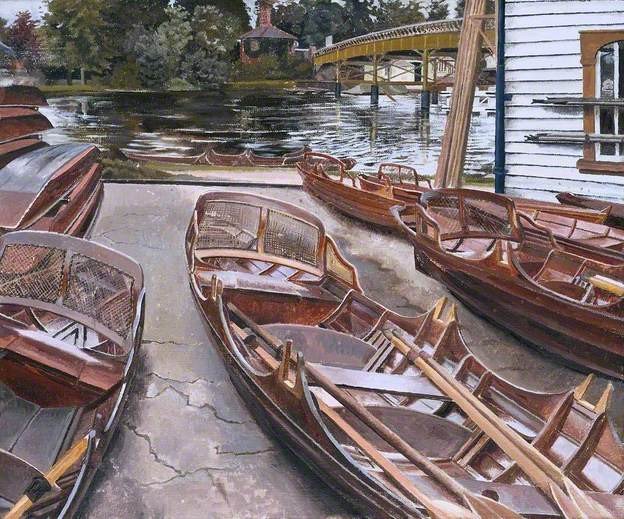