Thomas Vaughan (17 April 1621 − 27 February 1666) was the brother of Henry Vaughan also on this site with his own entry.  Whereas Henry Vaughan was a poet, Thomas Vaughan was both a doctor and an alchemist practising both spiritual alchemy and physical alchemy.  This latter interest resulted in him working with Robert Child to form a chemical club, with a laboratory and library, the main aim being to translate and collect chemical works. Although he did not practice medicine, Vaughan sought to apply his chemical skills to preparing medicines in the manner recommended by Paracelsus.

His interest in spiritual subjects extended beyond alchemy as a mystic movement and he not only wrote under the  pseudonym Eugenius Philalethes, but was responsible for translating into English in 1652 the Fama Fraternitatis Rosae Crucis, an anonymous Rosicrucian manifesto first published in 1614 in Kassel.  His interest in Rosicruceanism extended to sympathy with the tradition of the Rosicrucian reformers of education.

Despite his interest in the spiritual, he is reported as having confessed that he had 'long sought and long missed ... the philosopher's stone'.

Our observation is a very short extract from what is an 11 page essay. 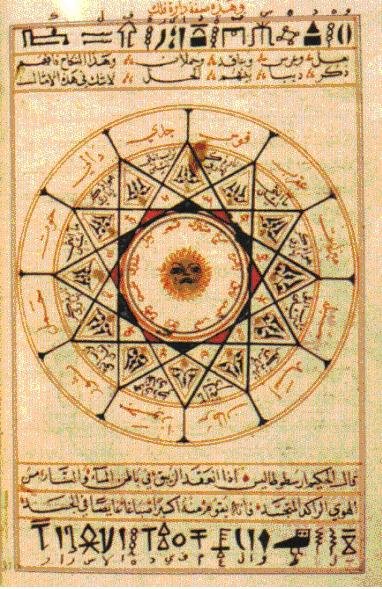 I have resolved with myself to discourse of Light…

Light is properly the life of everything, and it is that which acts in all particulars; but the communion thereof with First Matter was celebrated by a general contract before any particulars were made.
The matter of itself was a passive thin substance but apt to retain light, as smoke is to retain flame.
After impregnation it was condensed to a crystalline moisture, unctuous and fiery, …and this in a double sense, in relation to a double centre — celestial and terrestrial.....

He that desires to be happy let him look after Light, for it is the cause of happiness, both temporal and eternal.

In the house thereof it may be found, and the house is not far off nor hard to find, for the Light walks in before us and is the guide to his own habitation.

It is the Light that forms the gold and the ruby, the adamant and the silver, and he is the artist that shapes all things. He that has him has the mint of Nature and a treasure altogether inexhaustible. He is blessed with the elect substance of heaven and earth, and in the opinion of the Turba "deserves to be called blessed and is raised above the circle of the earth."

Nor indeed without reason, for Nature herself dictates to us and tells us that our happiness consists in Light. Hence it is that we naturally love the Light and rejoice in it, as a thing agreeable and beneficial to us. On the contrary, we fear the Darkness and are surprised in it with a certain horror and a timorous expectation of some hurt that may befall us.

It is Light then that we must look after, but of itself it is so thin and spiritual we cannot lay hands upon it and make it our possession. We cannot confine it to any one place, that it may no more rise and set with the sun. We cannot shut it up in a cabinet, that we may use it when we please, and in the dark night see a glorious illustration. We must look then for the mansion of Light.