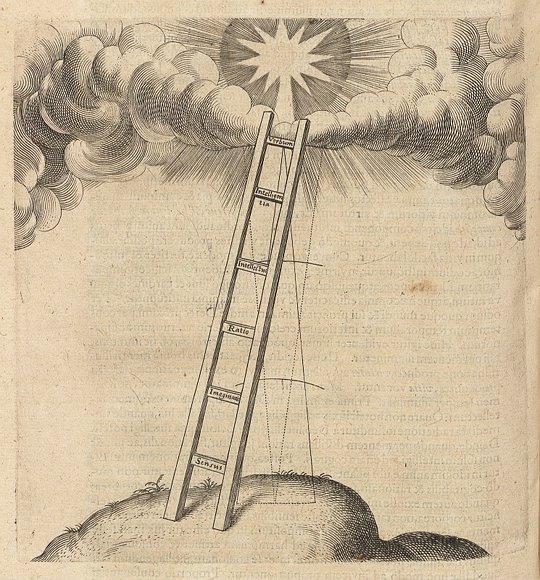 Along the central section of the ceiling, Michelangelo depicted nine scenes from the Book of Genesis, the first book of the Bible. The pictures are organized into three groups of three alternating large and small panels. The first group shows God creating the Heavens and the Earth.

Interestingly the central section can be read both ways – if you walk one way, it is a scene of creation, if you walk the other way it shows destruction –dissolution - and the completion of the cycle.  Thus the ‘first group’ can also be viewed as the ‘last group’ and could be renamed the dissolution of Heaven and Earth.

The Separation of Light from Darkness is, from the perspective of the Genesis chronology, the first [or last] of nine central panels that run along the centre.

We must now remember that there are three ways to read the Bible, literally, symbolically and esoterically.

Literally, people will see this as the literal creation of night and day.  But the symbolic and esoteric meanings are the real meanings.

Symbolically it shows the separation of Spirit from Earth – the first real separation of the physical from the spiritual – form from function.  It is thus the formation of the Egg in its early beginnings mirrored in the drawings of people like Robert Fludd, who showed the creation with the separation into the Elements as well as the Aether level.

But the esoteric meaning is more difficult to capture and that is the separation into the Dark side [destruction and dissolution] and the Light side [creation] – the contrasting aspects that drive creation and also destruction.

The painting of the panel has its own fascination as the Separation of Light from Darkness was the last of the nine panels painted by Michelangelo. Michelangelo painted the Sistine ceiling in two stages. Between May 1508 and the summer of 1511, he completed the "entrance half" of the Sistine chapel and ended this stage by painting the Creation of Eve and the scenes flanking this central panel. After an idle period of about 6 months, he painted the "altar half," starting with the Creation of Adam, between the winter of 1511 and October 1512.

Michelangelo appears to have believed that we were in the age of dissolution – the Kali Yuga – the final age of man and this aeon.

Below - the Egg, the Elements - Fire, Air, Water, Earth and then Aether in the centre, from Robert Fludd 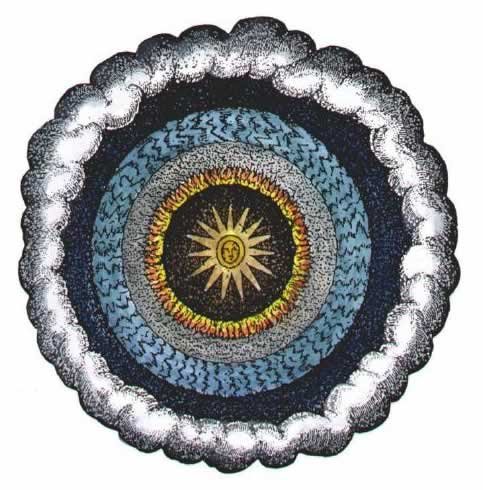 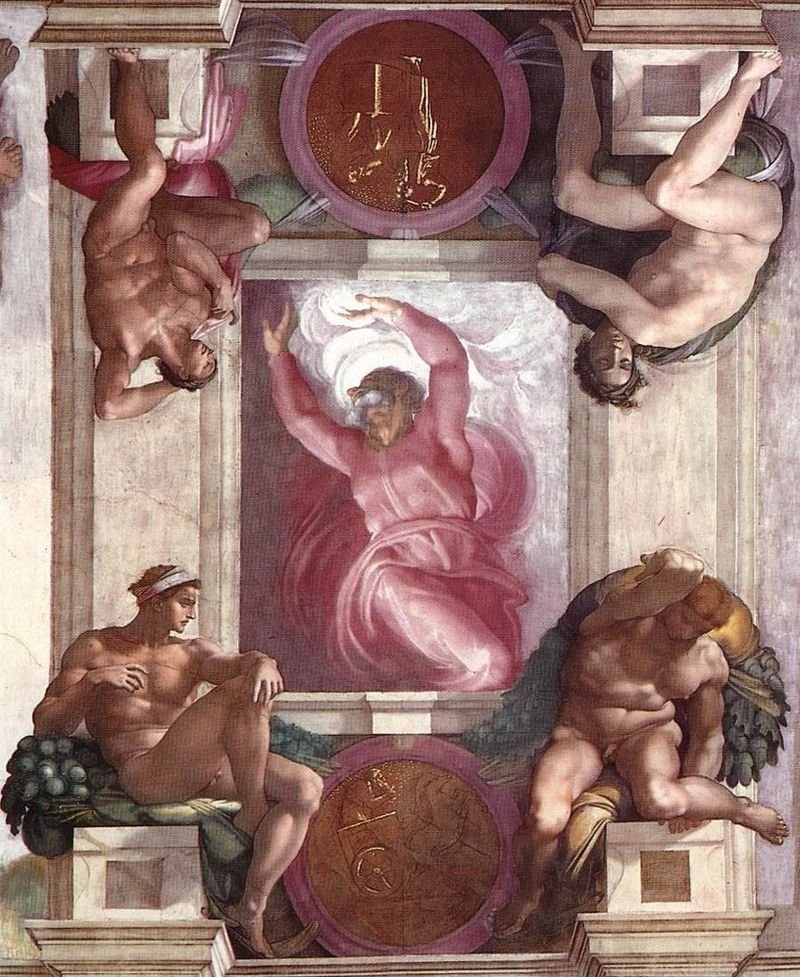 Creation and destruction
Elements
Increments of evolution
Order of creation

Darkness and Light
Elements
Four seasons and the hours