Men who are deeply spiritual revere women.  They do not use women or look on them as sex objects, but view them as the route to a form of 'salvation', the crushing of the male ego and the union with their own feminine side.

This painting is in a very minor way about women who do not understand their role, but also about the men who put them in this position - it is a criticism of men more than women - in effect the lasciviousness of men, condemns women to act out a role they should never have.

There are references in a number of scholarly works to ideas of the 'bad mother' that Segantini used.  Segantini was inspired by Nirvana, a poem written by the 12th century monk Luigi Illica in imitation of the Indian text Panghiavahli. Illica's poem contained the phrase 'la Mala Madre', but the 'Bad Mother' in Indian cosmology refers to Mother and Father symbolism and the two roles of the Mother as Creator and Destroyer - the one responsible for Life and Death.

Given his wife's tuberculosis and his mother and father's early deaths, Segantini would have been all too aware of the dual nature of the Mother. 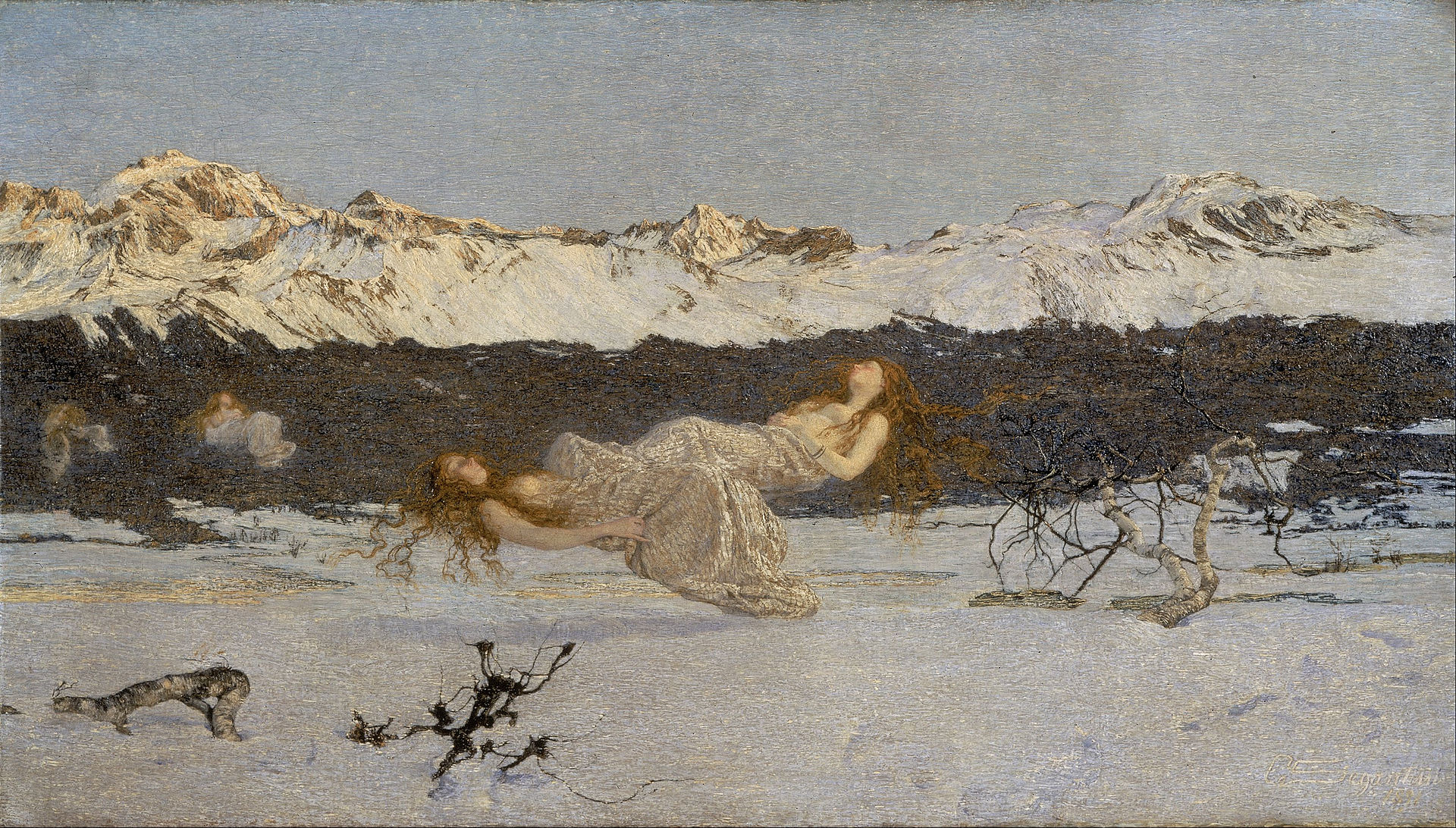