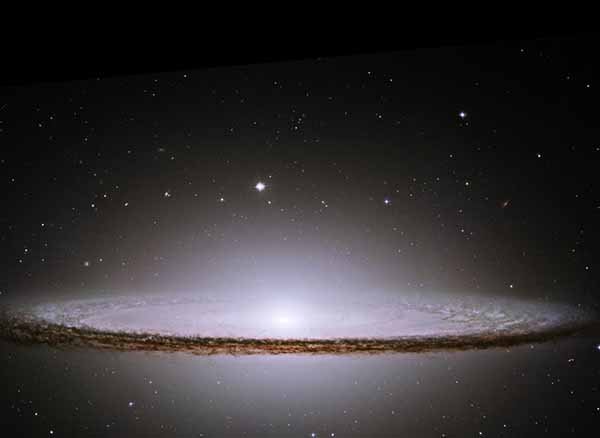 (ll. 116-138) Verily at the first Chaos came to be, but next wide-bosomed Earth, the ever-sure foundations of all the deathless ones who hold the peaks of snowy Olympus, and dim Tartarus in the depth of the wide-pathed Earth, and Eros (Love), fairest among the deathless gods, who unnerves the limbs and overcomes the mind and wise counsels of all gods and all men within them.

From Chaos came forth Erebus and black Night; but of Night were born Aether and Day, whom she conceived and bare from union in love with Erebus. And Earth first bare starry Heaven, equal to herself, to cover her on every side, and to be an ever-sure abiding-place for the blessed gods. And she brought forth long Hills, graceful haunts of the goddess-Nymphs who dwell amongst the glens of the hills. She bare also the fruitless deep with his raging swell, Pontus, without sweet union of love. But afterwards she lay with Heaven and bare deep-swirling Oceanus, Coeus and Crius and Hyperion and Iapetus, Theia and Rhea, Themis and Mnemosyne and gold-crowned Phoebe and lovely Tethys. After them was born Cronos the wily, youngest and most terrible of her children, and he hated his lusty sire.

(ll. 139-146) And again, she bare the Cyclopes, overbearing in spirit, Brontes, and Steropes and stubborn-hearted Arges, who gave Zeus the thunder and made the thunderbolt: in all else they were like the gods, but one eye only was set in the midst of their fore-heads. And they were surnamed Cyclopes (Orb-eyed) because one orbed eye was set in their foreheads. Strength and might and craft were in their works.

(ll. 147-163) And again, three other sons were born of Earth and Heaven, great and doughty beyond telling, Cottus and Briareos and Gyes, presumptuous children. From their shoulders sprang an hundred arms, not to be approached, and each had fifty heads upon his shoulders on their strong limbs, and irresistible was the stubborn strength that was in their great forms. For of all the children that were born of Earth and Heaven, these were the most terrible, and they were hated by their own father from the first.

And he used to hide them all away in a secret place of Earth so soon as each was born, and would not suffer them to come up into the light: and Heaven rejoiced in his evil doing. But vast Earth groaned within, being straitened, and she made the element of grey flint and shaped a great sickle, and told her plan to her dear sons. And she spoke, cheering them, while she was vexed in her dear heart: