Entirely symbolic, it describes spiritual experience.  Arridemian may be a play on the words arri meaning rear or hidden and daemon - the Greek word for the Higher self.  The 'hole in the ceiling' is the crown chakra, the theoretical source of spiritual input.  The cave has the same meaning as Plato's cave - the closed mind looking in via the world of the senses, the only opening to reality and the Light being the crown chakra or in Plato's case the opening behind the people looking at the shadows on the wall of the cave.

His illnesses here may have played a part and helped him [if this is the right word] into a meditative state, but the state he is describing was achieved via contemplation or relaxation.

It is a wonderful description of how magical a truly intense spiritual experience [without drugs] can be. 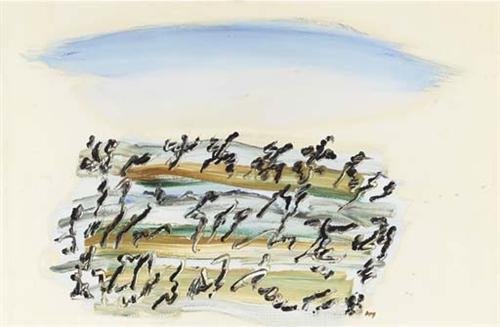 Through the compression of the air or for some other reason, the drops falling in this way produce a celestial, crystalline sound.

This enchanted flute - I mean this enclosed room, I also mean the neighbouring room, I mean the whole house filled with the miraculous, contained vibration - shakes up one's being, which drifts off, lost, in sonorous drunkeness.

This sound is sustained, though not without highs and lows; it goes in intensity from the plaintive murmur of the wind in the reeds to the formidable rumbling of waves bursting like a battering ram into a half submerged grotto and bouncing around in disorder - a mass of sound, infinitesimal or enormous, but always celestial and crystalline, and in this radiant,unique sound - in which however one seems to hear thousands - the house drifts off to sleep.

I can't tell you what it means to the Arridemians [himself].  It is their father and mother, their cradle.