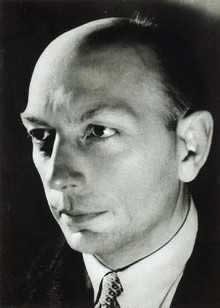 He wrote poetry, travelogues, and art criticism,  travelled widely, tried his hand at several careers, and experimented with drugs, the latter resulting in two of his most intriguing works, Miserable Miracle Mescaline and The Major Ordeals of the Mind and the Countless Minor Ones.

In 1930–1931, Michaux visited Japan, China and India. The result of this trip is the book A Barbarian in Asia. Oriental culture became one of his biggest influences. The philosophy of Buddhism, and Oriental calligraphy, later became principal subjects of many of his poems and inspired many of his drawings. He also traveled to Africa and to the American continent, where he visited Ecuador. His travels across the Americas finished in Brazil in 1939, and he stayed there for two years. 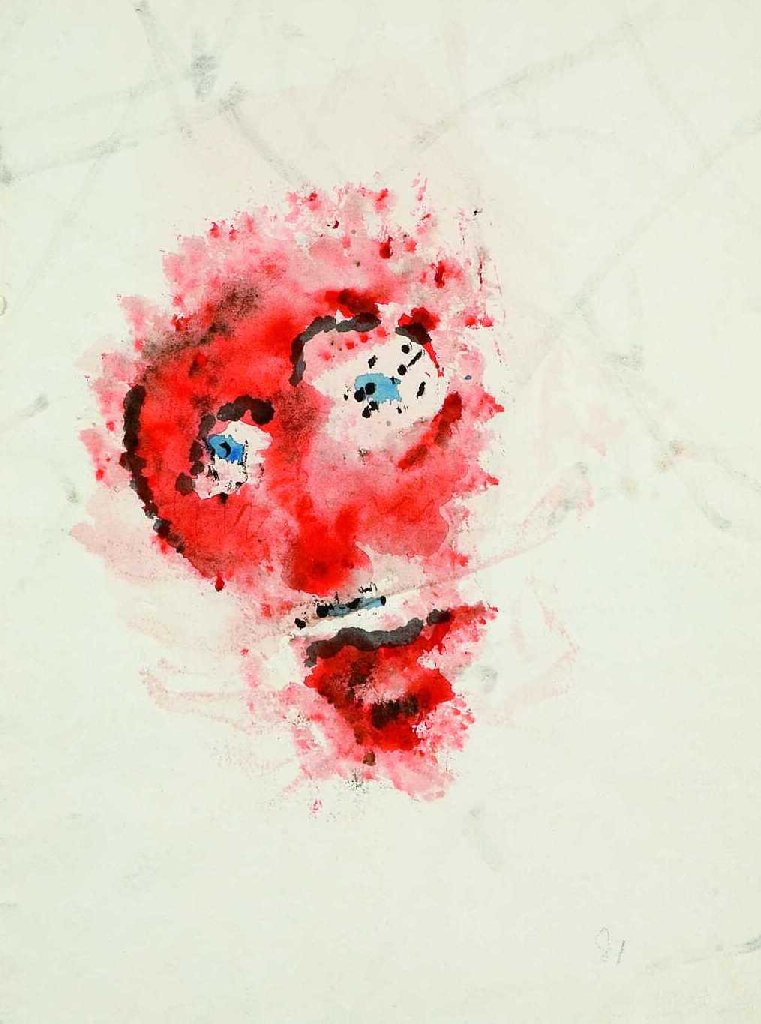 “ All his writing is strange and original. As his translator put it in Darkness Moves, ....., his poems are "messages from his inner space." That space may be transformed by drugs as in Miserable Miracle or by terrifying vision, as in "Space of the Shadows" (in Darkness Moves) but the "messages" from it are always as clear and concrete as possible”.

Some of his drug induced experiences are truly terrifying, but then drug experiences often are.

Henri Michaux was also a highly original artist. The Museum of Modern Art in Paris and the Guggenheim Museum in New York both had major shows of his work in 1978.  The pictures on this page and in the observations are all his.

In 1955 he became a citizen of France, and he lived the rest of his life there along with his family. In 1965 he won the National Prize of Literature, which he refused to accept. 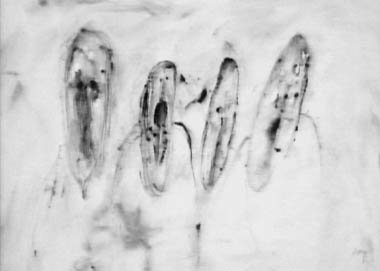 There is the tendency to assume that Michaux obtained all his experiences via drugs, but nothing could be further from the truth.

He did not experiment with mescaline until around 1955-6, meaning he was around 56 before he even tackled drugs, and most of his writing was already completed.  Furthermore, he was not at all keen on the results.

March 1955 - Its visions, tacky really...I was distracted, tired of being distracted.. what's supernatural in this?  You scarcely left the human.  Instead you felt caught, a prisoner in a workshop of the brain.  Should we talk about pleasure?  It was unpleasant... I find these words in my journal, written more than fifty times, clumsily, with difficulty - intolerable, unbearable.

Whatever he achieved after 1956, was due to him breaking his right arm and being forced to use his left hand - a process which appeared to have remarkable results switching him from a left brainer who needed overload to a right brainer who succeeded with suppression.

Those who go for unified explanations may be tempted to judge all writings as the work of a drug addict... sorry, I'm more of the water drinking type, never alcohol, no stimulants and for years no coffee, no tobacco, no tea... fatigue is my drug as a matter of fact.

So what were the overload activities that had their effect?  The poor man was ill beyond belief.  He had anaemia when young, appeared to be anorexic [he wouldn't eat at one stage], had a truly miserable childhood [when he sought consolation from the mystic writing of people like Ruysbroeck], appeared to suffer appalling pain from a cause not specified,....... 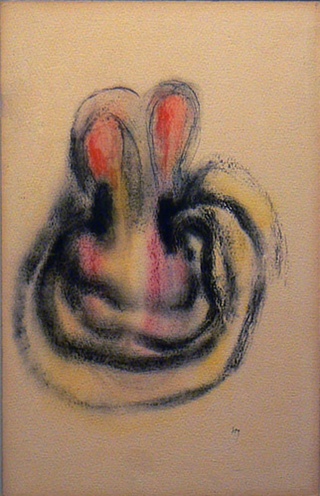 The pain is atrocious.  They have given me a room in the hospital at some distance from the others.  I share it with a coughing woman.  No doubt they expected that with the screams my suffering would soon wrench out of me, I would destroy the sleep of all the other patients in the ward.

...........was traumatised by two wars [which created, he himself admitted, vast numbers of demons] and also saw the death of his wife, causing unimaginable grief.  He also appears to have had heart problems.

1942 - the most penetrating, the most disarming, most indigestible emotion of my life was when I heard my heart on the electrocardiographic loudspeaker.  'That's my heart!?  That pump with no getup and go?'  A heart with no real kick, not made for action, occasionally a sort of hesitation in its pumping sound. 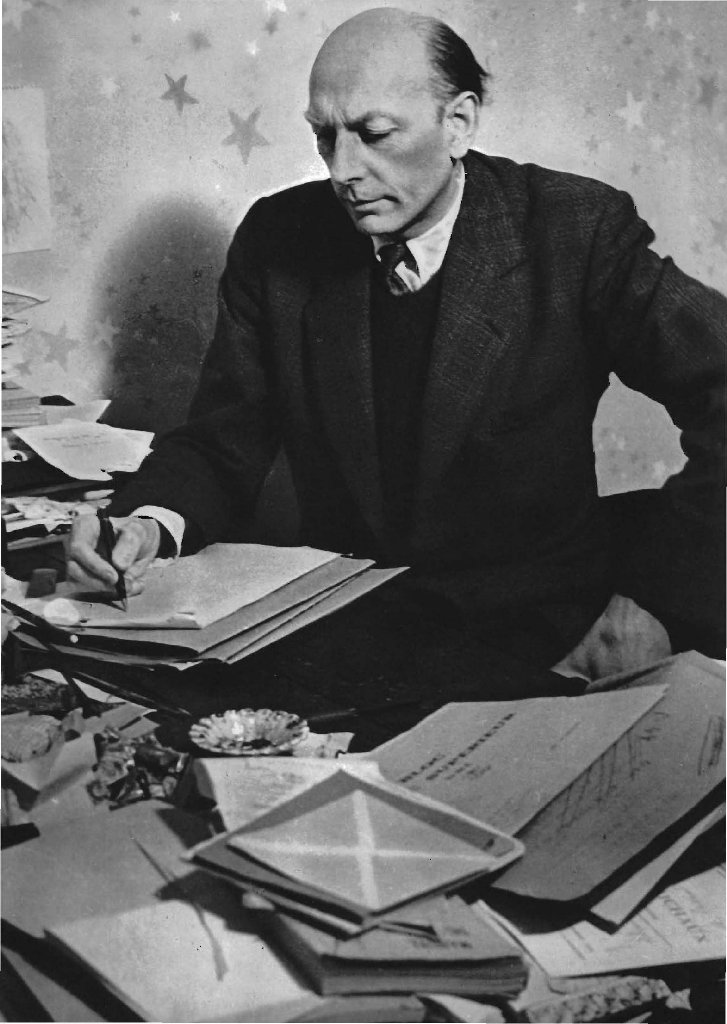 It is little wonder his writing is 'strange'.

But it certainly produced an absolute plethora of very interesting experiences and not just a little real wisdom, as you will see.  Not for the faint hearted. 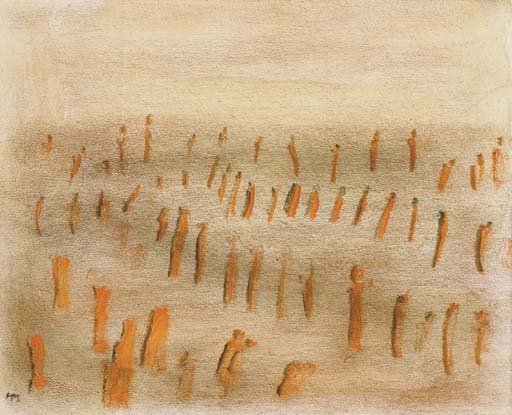 There are anthologies of his work, but I do not recommend them, it is better to go for the original books.  Many of the anthologies have been compiled by people with not an ounce of understanding of the spiritual aspects or symbolism in Michaux's work and as such the whole meaning has been lost or worse omitted in the selections.

As one compiler says [whose innocence I will protect] - "religiously inclined or not and the present writer is not, the reader feels the force of his writing".  So he mixes up religion and spirituality, which is bad enough, but then admits that he has based the selection on its power to shock - sensationalist selection.  Bad move.