All achieved without drugs 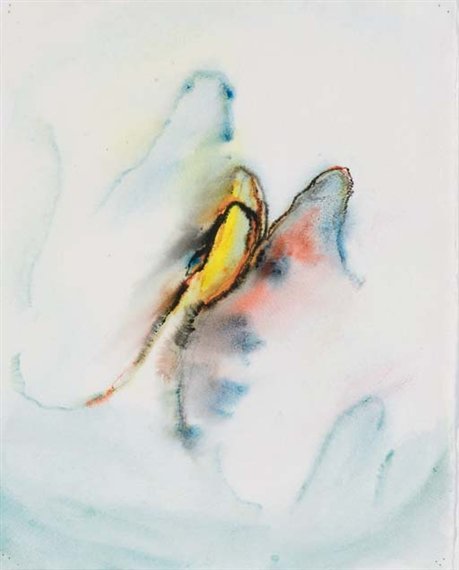 Something incredible, something desperately desired from childhood on, apparently denied me, something I certainly would never see, unheard of, inaccessible, too beautiful, sublime, forbidden to me - it happened.

I SAW THE THOUSANDS OF GODS.  I was given the marvelous gift.  Faithless as I am - without realising the faith I might have had, they appeared for me.  They were there, present, more present than anything I've ever looked at in my life.  And it was impossible and I knew it, and still.  Still, they were there, arrayed in their hundreds one beside the other - but thousands followed hardly perceptible - even more than thousands, an infinity.  They were there, those calm beings, noble suspended in the air by seemingly natural levitation, moving very slightly or rather animated in place.  They - those divine beings - and I; alone facing each other.

But really, one might say, what did you believe?  I reply.  Believing simply doesn't matter SINCE THEY WERE THERE! Why should I argue about it, since I was completely happy?

They were not at a great height, but at all the height needed to keep their distance while revealing themselves, to be revered by the man who witnesses their glory and recognises their incomparable superiority.  They were natural, as the sun in the sky is natural.  I didn't move.  I didn't have to bow.  They towered over me quite enough.  It was real, like an understanding between us from a previously aranged agreement.

I was full of them.  I had stopped being unfulfilled.  Everything was perfection.  I had no need to think, or weigh, or criticise anymore. No need to compare anymore.  I had not lived in vain