Michaux, Henri - The Company of Monsters

Both wars resulted in the creation of a large number of demons for Michaux.  He talked about the 'surrounding powers of the hostile world' and specifically wrote about the need for expunging demons via beauty art and music as well as occasionally more drastic recourses in 'Ordeals, Exorcisms'.  In the preface to this book he describes what to do to find inner peace.

He mentions 'poems of deliverance', dreams, waking dreams [visions], and 'even some philosophic systems' as a means of exorcism, but ultimately seems to prefer the shock treatment that true exorcism provides with its ritual the "gun turret that takes shape at those moments when the object to be driven away, rendered as it were electrically present, is beaten back by magic".

It would be truly extraordinary if perfect harmony emerged from the thousands of events that occur every year.  There are always a few that stick in your throat; you keep them inside yourself; they hurt.
One of the things you can do; exorcism.
Every situation means dependency, hundreds of dependencies.  It would be unheard of if this state of affairs were perfectly satisfying or if a man - however active he might be - could really fight against all the dependencies effectively.
One of the things you can do; exorcism.
Exorcism, a reaction in force with a battering ram, is the true poem of the prisoner.  In the very space of suffering and obsession, you introduce such exaltation, such magnificent violence, welded to the hammering of words, that the evil is progressively dissolved, replaced by an airy demonic sphere - a marvelous state....
This vertical explosive rush upward is one of the great moments of existence.  The exercise cannot be recommended enough to those who despite themselves live in unhappy dependence.  But it is hard to star the motor - only near despair will do the trick. 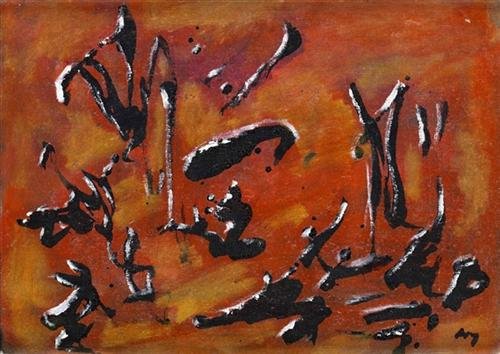 The Company of Monsters

It soon became clear from my adolescence on, that I had been born to live among monsters.  For a long time they were terrible, then they ceased being terrible and after great virulence they weakened little by little.  Finally they became inactive and I lived among them in serenity.

This was the time when others, still unsuspected, began to form and one day would come before me, active and terrible - for if they were to come and spring up only to be idle and kept on a leash, do you think they would ever come?  But after filling the whole horizon with darkness they began to weaken and I lived among them with serenity, unperterbed, and this was a fine thing, especially since it had come close to being so hateful, almost fatal.

And they at first who at first had been so excessive, repulsive, disgusting, took on such delicate contours that despite their impossible forms, one would almost have classed them as a part of nature.

Age was doing this.  Certainly.  And what was the clear sign of this inoffensive stage?  It's quite simple.  They no longer had eyes.  With the organs of detection washed away, their faces - although monstrous in form - their heads their bodies were no more disturbing than the form of the cones, spheres, cylinders or volumes that nature displays in its rocks, its pebbles and in many other domains. 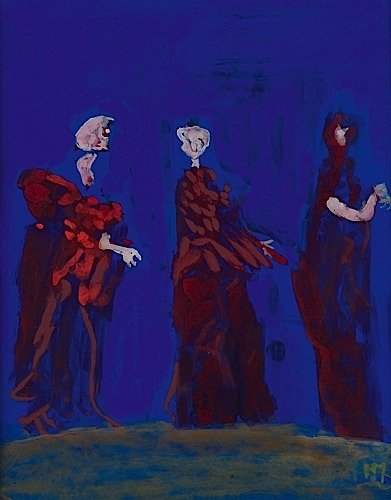