Michaux, Henri - In the Land of Magic - The most interesting things in this country cannot be seen 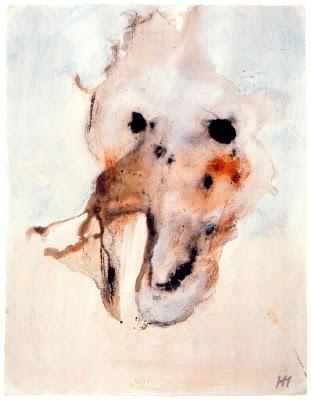 From In the Land of Magic

The most interesting things in this country cannot be seen.  You can be sure you have not seen them; they surround them with fog.  So it was that the Federal Capital remained inaccessible to me, invisible - even though I was told how to get there I don't know how many times and indeed I spent a full week almost touching it.

They have seven kinds of fog and all you need is the third to prevent you from seeing the very horse you are riding.  The next one is so solid that you'd think you were caught in an avalanche of white sand.  To learn if it's real fog, see if it follows the wind.  If not it's a magic fog.  But the wind itself may be magical.  I say this because it seems to be an objection.  But in actual fact a magus does not produce both fog and wind, although I do not know the reason for this.

Their fog is enough to drive you mad.  The total absence of landmarks....... a certain Kal who trusted me lent me his antifog glasses.  There must have been something wrong with his vision, for people and things appeared to be bubbling around so much that I was completely disoriented.