The Cave is yet another Cell in the Matrix.

Caves have a rather unique role to play in spiritual travel.  They are a special sort of portal, being the start of most shamans’ and other spiritual explorers’ journeys, but they may also be used to show things – a sort of observation chamber of mysteries.

Porphyry – De Antro Nympharum [On the cave of Nymphs]
Thus the Persians, as mystics, initiate the ‘mystes’ [potential mystics] by teaching him the downward way of the souls and their way back and calling the place a grotto. 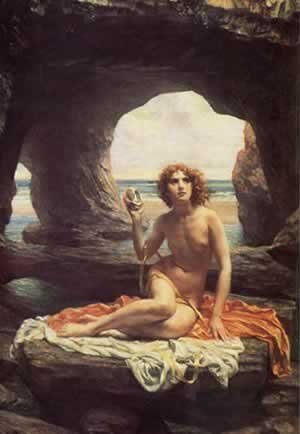 The caves one experiences as one goes deeper represent the deep sub-conscious – the hidden part of the soul itself.
They often hide truths which can be a shock or are less palatable, but which nevertheless need to be ‘unearthed’ because they often hold back one’s spiritual progress, or if you like, on a more prosaic level, make your life miserable without you understanding why.
Symbolically one always goes ‘down’ not up in spiritual cave travel.
The caves one sees in spiritual experience are, generally speaking your own , but there are also caves that relate to other people and things, just as there are islands that belong in other sections and also fields that belong in other sections

The Egyptians developed a complete system of travel at this level, going from mound to mound and cave to cave as the soul travelled round the egg on the way.  The mounds were even numbered and colour coded.

Thus, in ancient Egyptian culture, the cave  - as mentioned in the Book of the Dead - is just one of many topographical landmarks or hazards to be negotiated.

The Cave as Spiritual portal

Within your own soul, the entrance way to get into the labyrinth of caves that exist below ‘earth level’ is often – not surprisingly – a cave.

In this diagram I have shown the soul’s own soul cone and its caves – all of which occur at or below Earth level.  As one can see the cave network can be hugely complex, with branched tunnels and tunnels that go across up and down.  The caves can go deep into the subconscious many level downs not just to the underworld but to levels of hell – as such you need to be well prepared for what you may see here.  To a large extent you are traversing your memory, but traversing much that may be buried and normally inaccessible.

Caves in spiritual experience often appear much as they do in real life.  They can be lush entrances to the underworld or they can be small and dark with narrow entrances.  Thus the cave in dreams, visions and hallucinations tends to mirror actual cave topography, in size, in shape, in depth and in the number of side tunnels and passages that it has.

Caves are a portal to the ‘underworld’ – a world of animal spirits.  Although the spiritual traveller on the spiritual path may tend to ‘fly’ – go up and never see a cave, shamanic journeys always started with caves.  The shaman in his visionary experience perceived a cave and then generally speaking he descended through a tunnel or series of tunnels into the underworld.  The cave is an essential part of the experience of learning to be a shaman, as it was essential [still is] that the ‘demons’ that lie below are confronted and vanquished.

Other types of ‘cave’ – vaults and chambers

Although the experience of most people is of a cave, in some cases the cave becomes a cellar, or an entryway down stone steps into underground chambers.  All of these are symbolically the same thing – rooms found at lower levels and which have no windows – enclosed and often dark places with multiple tunnels and entryways

The cave as ‘viewing area’ for lessons

It is clear from most of the observations that caves are of two kinds: many are just  important portals through which the spiritual traveller must pass to attain a special state. But a  few are 'viewing-caverns'.  As such there is something to be learnt from the ‘viewing caverns’.  Many caves in people’s dreams or spiritual experiences contain deeply personal things, things which only they can fathom out. 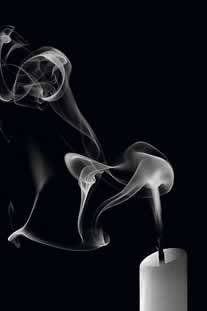 One collection of functions that seems to be specific to these lower levels, for example, is the specific human functions of despair, grief, anger and so on – what we might call ‘negative functions’.  Thus the shaman or spiritual traveller has to go down in levels to confront his ‘demons’ – which may appear symbolically in the dream or vision as demonic shapes.

Touched by Fire – Kay Redfield Jamison
The ‘dive’, or journey underground, by definition provides a remarkable intensity and range of experience for those who take it; conversely, those who have intense emotions, moods and sensitivities are probably much more likely to take the journey.

Caves as the source of energy

Symbolically caves are often associated with Water and Water is symbolically a source of spiritual energy.  Thus symbolically a cave with a river system or a spring welling up inside is a potential source of internal usually kundalini energy.

This means there is a link symbolically with alchemy, and dragons, as well as fountains.

A Dictionary of Symbols – J E Cirlot
In legend and folklore, the origin of life or the source of the renewal of the life forces – takes the form of caves and caverns where wondrous torrents and springs well up