Two of the pictures I have chosen are not from the book, but they are rather a good illustration of his description

Hypnerotomachia Poliphili – Francesca Colonna [translated by Joscelyn Godwin]
Without a moments delay, I turned my back and entered in full flight into the darkness, forcing my feet to go ever faster as I swiftly penetrated the unknown interior of the darksome place.  I fled through many twists and turns, many devious paths, which made me think I was in the inextricable maze of clever Daedalus, or of Porsena, because it contained  so many baffling turnings and returnings, with frequent doors that led nowhere but sent one back to make the same errors again.

I might have been in the chambered cavern of the dreadful Cyclops, or in the dark cave of furious Cacus.  Although my eyes had become somewhat accustomed to the darkness, I was miserably unable to discern a single thing, but walked with my arms stretched out in front of my face to avoid striking my head on a pillar as I went.  These did the office of my sightless eyes, just as a snail, carrying its house, stretches and shrinks its soft little horns to feel its way and draws them in at every obstacle.  That is how I went, feeling so as not to bump into these massive foundations of the mountain and the pyramid.  I kept turning toward the doorway to see if the cruel and fearful dragon was following me, but the light had totally vanished.

Without any guidance whatever, I was truly ignorant and desperate.  At this point, when all these fears, terrors and alarms had thoroughly scared and cowed me, my state was worsened by the flight of many bats around my head.  Many times, the squeaking of these beasts made me believe that I was already between the sharp teeth of the venomous dragon, and firmly gripped by its crushing, saw toothed jaws.  I had no respite from this when the wolf I had seen came to mind, redoubling my grave fears and confirming me in my anguish.  Could it perhaps have been an evil omen and the herald of my present miseries?  I wandered hither and thither like a fruit gathering ant that has lost the scent of its path, straining my ears to hear whether the repulsive monster was coming after me, wretch that I was, with its venom as poisonous as the hydra's, its hideous tongue and voracious appetite.  Everything I encountered made me think immediately that it was at hand 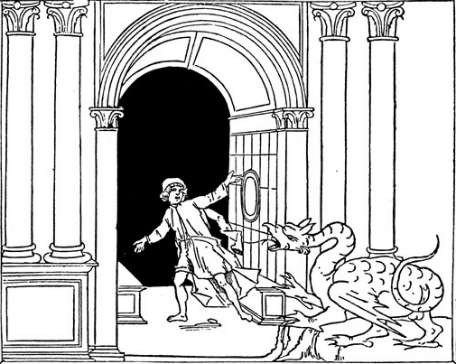 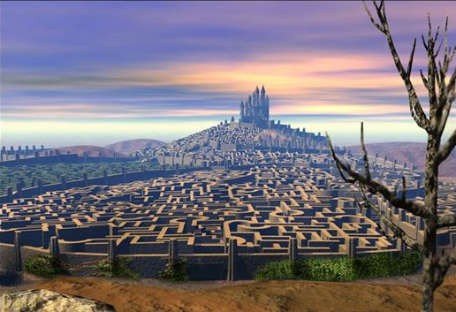 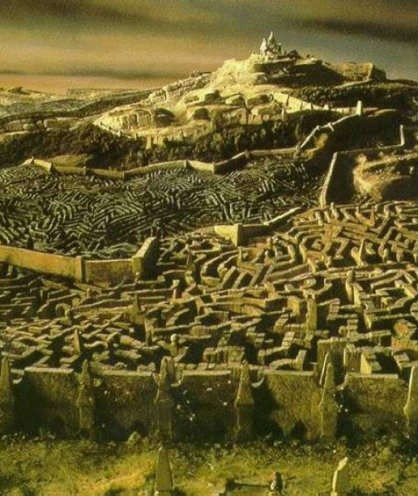