The meaning of the patterns on the tiles 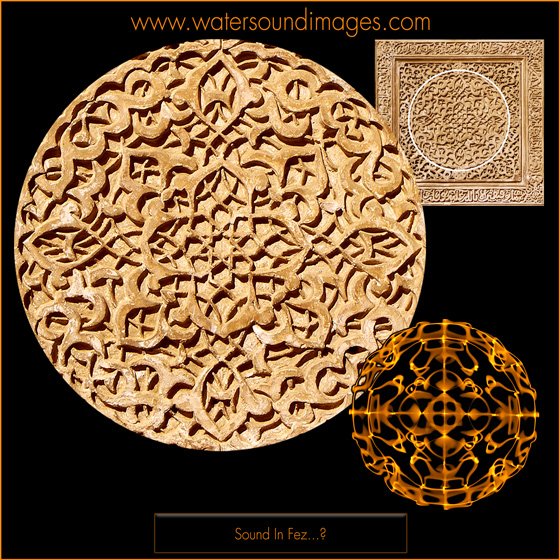 One of the ways in which spiritual experiences of various sorts can be obtained is via sound.  We have explained the principle of this under the heading of Listening to sound and music, but the underlying mechanism is that of the Resonant frequency of a thing – be it  a stone you want to levitate, or a person, or a shaman you want to help go out of body.

Using sound has its inherent dangers, as people and animals have various resonant frequencies, and the wrong frequencies at too high an intensity can kill or make them very ill.  On the other hand, sound can also heal.

One of the ways in which one can establish whether one has the frequency exactly right for the purposes you intended is to use the technique which is now explained by the science of Cymatics.  People using this technique sprinkle a plate, diaphragm or membrane with a fine dust (e.g., lycopodium powder, flour or fine sand) and subject it to the single tone sound, the powder moves due to the vibration and accumulates progressively in points of the surface corresponding to the sound vibration. The points form a pattern of lines, known as nodal lines of the vibration mode.  The key here is that the pattern is unique.  There is a distinct pattern for each tone, thus enabling you to tune a tuning fork, for example, or establish whether musical instruments such as the drone pipe, are of the right pitch. 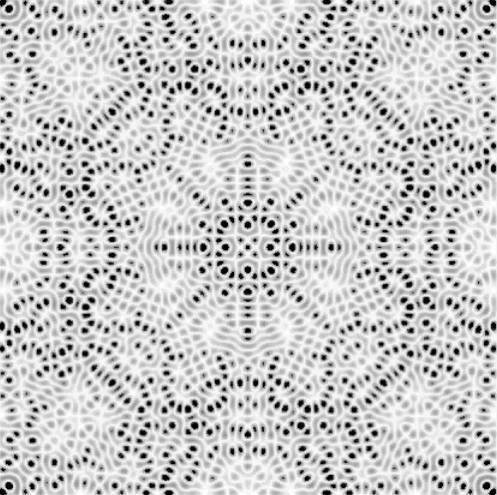 Given that each person will have their own resonant frequency, then once the patterns are found, this is also a way of preserving the tones that must be used for that person.  One cannot apply one tone to one person and expect the same results because each person has their own signature resonant tone for each type of experience.

In other words, the patterns not only generally show that sound was used as a mechanism of inducing experience, but the patterns so produced are recreated on the stones, sometimes with the added information needed to enable the correct sound to be used for a certain person to achieve a certain effect.  So, ‘if Jim the Magician [Boar totem number 2] asks for an out of body experience, then use this pattern X’.

In addition to this more specific use, there is a general belief in Sufism that the universe was created by the coalescing of energy to form matter and this was achieved using a sequence of sounds.  In other words, notes produce shapes and these shapes are then used in a very specific order [celestial music/songlines] to create various forms or templates that make up the world we appear to see.