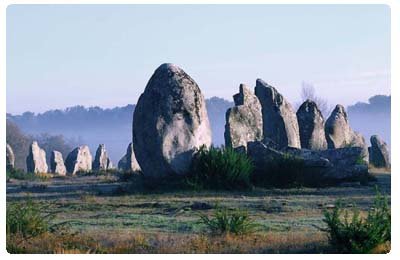 This is what M. Jean Couton, an old Breton, told me at Carnac:--'I am only an old peasant, without instruction, without any education, but let me tell you what I think concerning the dead. Following my own idea, I believe that after death the soul always exists and travels among us. I repeat to you that I have belief that the dead are seen; I am now going to prove this to you in the following story:--

'One winter evening I was returning home from a funeral. I had as companion a kinswoman of the man just buried. We took the train and soon alighted in the station of Plouharnel. We still had three kilometres to go before reaching home, and as it was winter, and at that epoch there was no stage-coach, we were obliged to travel afoot. As we were going along, suddenly there appeared to my companion her dead relative whom we had buried that day. She asked me if I saw anything, and since I replied to her negatively she said to me, "Touch me, and you will see without doubt." I touched her, and I saw the same as she did, the person just dead, whom I clearly recognized.'