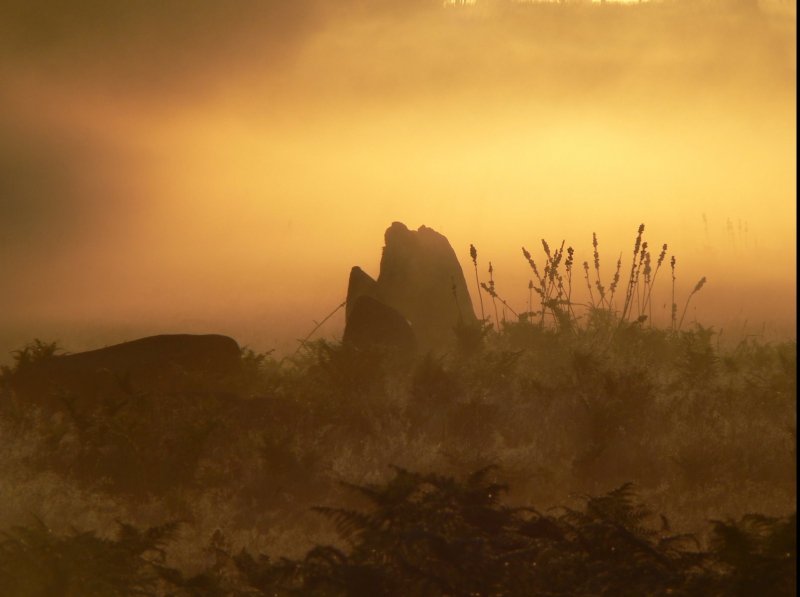 There seems not to be a family in the Carnac region of the Morbihan without some tradition of a warning coming before the death of one of its members. In Ireland only certain families have a banshee, but in Brittany all families.

Professor Le Braz has devoted a large part of his work on La Légende de la Mort to these Breton death-warnings or intersignes.

They may be shades of the dead under many aspects--ghostly hands, or ghosts of inanimate objects. They may come by the fall of objects without known cause; by a magpie resting on a roof--just as in Ireland; by the crowing of cocks, and the howling of dogs at night. They may be death-candles or torches, dreams, peculiar bodily sensations, images in water, phantom funerals, and death-chariots or death-coaches as in Wales.

The Bretons may be said to have a Death-Faith, whereas the other Celts have a Fairy-Faith, and both are a real folk-religion innate in the Celtic nature, and thus quite as influential as Christianity.

Should Christianity in some way suddenly be swept away from the Celt he would still be religious, for it is his nature to be so. And as Professor Le Braz has suggested to me, Carnac with its strange monuments of an unknown people and time, and wrapped in its air of mystery and silence, is a veritable Land of the Dead.

I, too, have felt that there are strange, vague, indefinable influences at work at Carnac at all times of the day and night, very similar to those which I have felt in the most fairy-haunted regions of Ireland. We might say that all of Brittany is a Land of the Dead, and ancient Carnac its Centre, just as Ireland is Fairyland, with its Centre at ancient Tara.