A howe can be a tumulus or barrow, or it may simply be a hill.

The Yorkshire wold landscape has sadly been altered since this was written, and there is now no discernable pattern from the air - many of the barrows have been dismantled.  But these barrows are intact - which constellation are they? 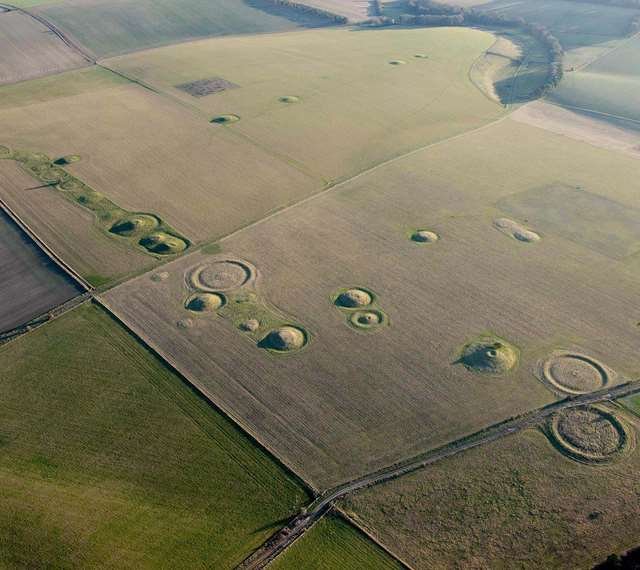 On the top of the escarpment above Carlton-in-Cleveland there are six barrows so arranged that if another were added it would form the figure of The Plough. Six barrows between Bransdale and Farndale also suggest The Plough.

J. R. Mortimer, in Forty Years' Researches (1905), has shown that the Bronze Age folk of the Yorkshire Wolds arranged some of their larger howes in the form of constellations, notably The Plough or Charles's Wain, and more rarely The Chair in Cassiopeia. He quoted an example of Huggate Wold where not only are the seven brightest stars of the Wain represented, but also two neighbouring stars and the adjacent solitary star Cor Caroli.