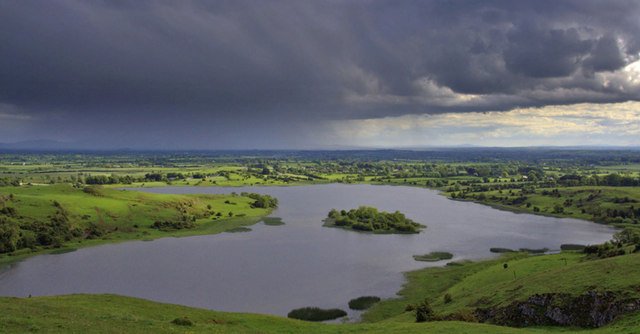 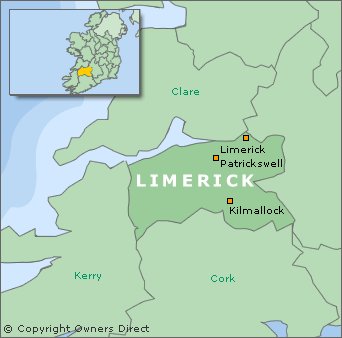 One of the most interesting parts of Ireland for the archaeologist and for the folk-lorist alike is the territory immediately surrounding Lough Gur, County Limerick. Shut in for the most part from the outer world by a circle of low-lying hills on whose summits fairy goddesses yet dwell invisibly, this region, famous for its numerous and well-preserved cromlechs, dolmens, menhirs, and tumuli, and for the rare folk-traditions current among its peasantry, has long been popularly regarded as a sort of Otherworld preserve haunted by fairy beings, who dwell both in its waters and on its land.

There seems to be no reasonable doubt that in pre-Christian times the Lough Gur country was a very sacred spot, a mystic centre for pilgrimages and for the celebration of Celtic religious rites, including those of initiation.

The Lough is still enchanted, but once in seven years the spell passes off it, and it then appears like dry land to any one that is fortunate enough to behold it. At such a time of disenchantment a Tree is seen growing up through the lake-bottom--a Tree like the strange World-Tree of Scandinavian myth. The Tree is covered with a Green Cloth, and under it sits the lake's guardian, a woman knitting. The peasantry about Lough Gur still believe that beneath its waters there is one of the chief entrances in Ireland to Tir-na-nog, the 'Land of Youth', the Fairy Realm. And when a child is stolen by the Munster fairies, 'Lough Gur is conjectured to be the place of its unearthly transmutation from the human to the fairy state.'

To my friend, Count John de Salis, of Balliol College, I am indebted for the following legendary material, collected by him on the fairy-haunted Lough Gur estate, his ancestral home, and annotated by the Rev. J. F. Lynch, one of the best-informed antiquarians living in that part of South Ireland

The Fairy Goddesses, Aine--and Fennel (or Finnen).--'There are two hills near Lough Gur upon whose summits sacrifices and sacred rites used to be celebrated according to living tradition. One, about three miles south-west of the lake, is called Knock Aine, Aine or Ane being the name of an ancient Irish goddess, derived from an, "bright." The other, the highest hill on the lake-shores, is called Knock Fennel or Hill of the Goddess Fennel, from Finnen or Finnine or Fininne, a form of fin, "white." The peasantry of the region call Aine one of the Good People; and they say that Fennel (apparently her sister goddess or a variant of herself) lived on the top of Knock Fennel' (termed Finnen in a State Paper dated 1200).

The Fairy Boat-Race.--'Different old peasants have told me that on clear calm moonlight nights in summer, fairy boats appear racing across Lough Gur. The boats come from the eastern side of the lake, and when they have arrived at Garrod Island, where the Desmond Castle lies in ruins, they vanish behind Knock Adoon. There are four of these phantom boats, and in each there are two men rowing and a woman steering. No sound is heard, though the seer can see the weird silvery splash of the oars and the churning of the water at the bows of the boats as they shoot along. It is evident that they are racing, because one boat gets ahead of the others, and all the rowers can be seen straining at the oars. Boats and occupants seem to be transparent, and you cannot see exactly what their nature is. One old peasant told me that it is the shining brightness of the clothes on the phantom rowers and on the women who steer which makes them visible.

'Another man, who is about forty years of age, and as far as I know of good habits, assures me that he also has seen this fairy boat-race, and that it can still be seen at the proper season.'